Bellator and UFC veteran Tom DeBlass signs for ONE Championship

Tom DeBlass has signed for ONE Championship. The multiple time BJJ champion and Bellator and UFC veteran will be competing in MMA for the first time since 2013.

I'd like to announce my official commitment to ONE Championship. Life sometimes has twists and turns we don't expect….

His student Garry Tonon is a top contender in the featherweight division. DeBlass has traveled with him to several ONE Championship fights and obviously likes what he has seen of the promotion.

The 38 year old retired from MMA with a 9-2 record. He dropped decisions to Cyrille Diabate and Riki Fukuda during his UFC stint in 2012 but has never been stopped.

The New Jersey native can compete in either the light heavyweight or heavyweight division. He holds a third degree BJJ black belt and has won numerous tournaments and competitions including the National Championships, Pan-American Championships and Grappler’s Quest.

In 2014 DeBlass decided to walk away from the sport of MMA while coming off back to back Bellator wins. He had been slated to face Muhammed Lawal at the time.

The heavyweight title is currently the property of Brandon Vera. The UFC veteran is scheduled to defend it against Arjan Bhullar as soon as the coronavirus, or Covid-19, situation eases.

The light heavyweight champion is Aung La Nsang. His next fight looks set to be a trilogy bout with former title holder Vitaly Bigdash. 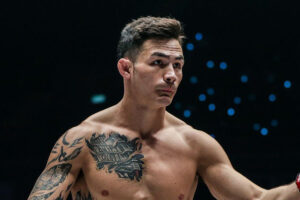 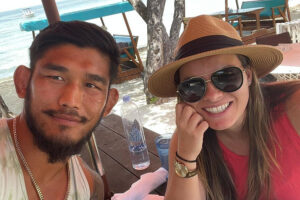 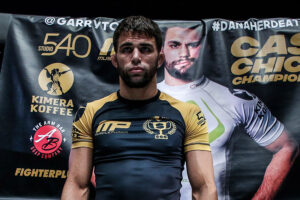 Garry Tonon has balls of steel