Denice Zamboanga sets her sights on a promotional debut to remember as she takes her act to ONE Championship.

The Filipina atomweight is slated to battle hometown hero Jihin Radzuan in a three-round affair at ONE: ‘Mark Of Greatness’ which is set for Kuala Lumpur on Friday night.

Zamboanga holds an immaculate professional record of 5-0  and is hoping she can extend her undefeated streak with ONE Championship,

“I am really grateful to be part of the best organization in the world. I’m very excited to represent my own country. This is a big opportunity for me, fighting against a top contender in my division especially in my debut fight,” she said.

“I’m working very hard for this fight. I want to start my ONE Championship journey with a win,” Zamboanga added. 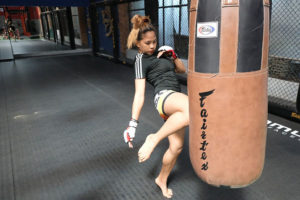 Coming from a family of martial artists, the younger sister of URCC bantamweight titleholder Drex Zamboanga promises to bring that pedigree in ONE Championship. After finishing three of her first five opponents, the excitement for her debut is certainly warranted.

However, she knows that it would not be an easy transition, particularly with the level of athletes competing in the promotion,

“I’m focusing on my striking and wrestling because I know the fighters in ONE Championship are top-notch and world-class,” Zamboanga said.

“I’ve been working triple time during training sessions, sharpening my strengths while addressing my weaknesses. I am more confident in my game.” 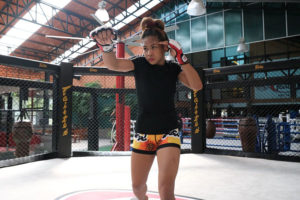 The woman standing in her path to get her hand raised in triumph is Radzuan, who has been on a tear since joining ONE Championship in 2018.

Utilizing her dynamic wushu background with her superb ground game, the Malaysian standout has won four of her last five outings. Most recently, she scored a first-round submission win over Zamboanga’s compatriot Jomary Torres.

“She’s well-rounded, so I need to be careful with her striking and ground game as well. I don’t see any weaknesses from her except for her wrestling. I guess my wrestling is better than her,” Zamboanga said..

“I know that she’s a strong fighter and that she’s also hungry to end the year with a win, but I will do everything, so I can keep up with whatever she’ll throw in our fight.” 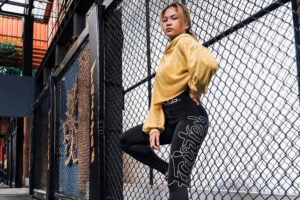 While wary of Radzuan’s impressive skill set, Zamboanga remains optimistic that she can take on the crowd darling and leave a lasting impression.

“I don’t plan on wasting this magnificent opportunity that ONE Championship has given me. This match is for everyone who believes in me. Winning against Radzuan is my number one goal right now. It’s also very important for me to retain my undefeated record,” she declared.

Radzuan could secure a shot at Angela Lee’s atomweight title if she pulls off a decisive win at ONE: ‘Mark Of Greatness’ but Zamboanga believes that she can hijack the Malaysian’s s plans,

“I do admire her and also I respect her, but I feel that I need the victory more than her. I am the kind of fighter who brings a lot of surprises, and I will show that in my debut,” she promised.