Denice Zamboanga was surprised to find out she was facing Seo Hee Ham in the opening round of the atomweight Grand Prix. The Filipina is the#1 ranked contender in the division but the Korean is the tournament favourite.

“When I heard that I was facing Seo Hee Ham, I was surprised. I was expecting someone who has competed in ONE before, I wasn’t expecting a newcomer to come in and compete in the Grand Prix,” she said.

Judging from her Instagram account Zamboanga hasn’t been too stressed out by the situation with the fight being postponed due to Covid-19. She has posted several photos of herself relaxing by the beach in Phuket and Pattaya. 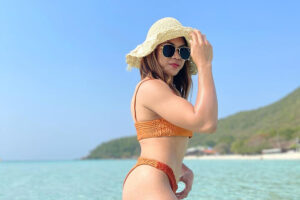 But Zamboanga knows she is facing one of the top female fighters on the planet and will need to be at her very best on Friday. She is looking on the bright side though and sees the matchmaking as as a bit of a compliment,

“I was a bit nervous, I will admit that. But I’m more excited than nervous. I look at it as ONE believing in my ability. The fact that they are giving me Seo, who’s considered one of the best in the world, makes me think that I am already at that level.”

Zamboanga is based in Bangkok and says she has found sparring partners there who can replicate her opponent’s striking style,

“Seo is a very deadly striker. She’s a southpaw, which could give me problems because I haven’t faced many southpaw strikers before. So that’s one of her advantages. I do have some sparring partners who can change to southpaw, but most of them are orthodox by nature.”

Having won eight fights out of eight so far and established herself as the #1 contender in the division Zamboanga feels she is representing ONE Championship against the promotional newcomer. She wants to repay the matchmakers trust in her by beating Ham,

“This will certainly be one of the biggest challenges of my career. ONE has put their trust in me to be at my best, and I am up for the challenge.”

Zamboanga doesn’t just want to beat Ham. She wants to beat her up and has promised to go toe to toe with the UFC veteran, 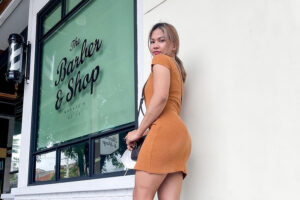 The fight was originally scheduled for May has was delayed when Singapore ramped up Covid-19 restrictions. But the tournament will finally get underway next Friday at ONE: ‘Empower’ in Singapore.

This is definitely the pick of the fights in the first round of the Grand Prix and if Zamboanga decided to go in with a ‘toe to toe’ gameplan it could produce fireworks.