Garry Tonon has won six fights out of six for ONE Championship. It is difficult to overlook his title credentials but it seems that some people have.

Tonon is adamant he deserves the first shot at newly crowned champion Thanh Le and knows that winning the belt would be the best way to silence the critics,

“I think (this contest) is pretty special, especially because of my meteoric rise to title contention. Everybody that wants to say I don’t deserve the title shot, well, let’s find out,” he said.

He thinks that to truly assess his ability you need to look beyond his ONE Championship career. Tonon is a decorated BJJ black belt who has won numerous no gi grappling tournaments.

Tonon feels these credentials make him a contender just as much as the six ONE Championship wins,

“I would assume that anybody being very critical, the only picture that they’re looking at is the six fights that I’ve had but I think that I bring a little bit more to the table than that. I’m coming in with a reputation as one of the best in a particular martial art. It would be one thing if I didn’t have a winning record or something, but I’m undefeated. I think it definitely calls for a little bit of a faster escalation.”

Tonon acknowledged that his rise through the ranks has been meteoric. He made his pro debut in 2018 but looking at the featherweight rankings he doesn’t see a better qualified candidate,

“When you look at the different contenders for the division, I would say the only other fight that I think makes sense would have been like maybe to redo Thanh and Martin (Nguyen). The rest of the fights that would take place would be basically guys that had already fought for the title and lost.” 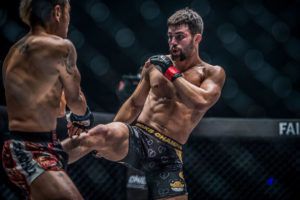 While Nguyen could arguably deserve a rematch given how long he reigned as the champion Tonon thinks people want to see something ‘new’,

“We’re in a professional organization here where I think people like to see something different and new matchups. It’s like, these guys have all challenged for the title a bunch of times, I’m a new rising star, why not give me a shot?”

Stylistically speaking Tonon also feels that it is a matchup that makes all sorts of sense,

“This is a classic clash between a striker and a grappler as well. Two guys that are pretty elite at both of those things, so I think it makes for a promotionally exciting fight as well.”

While the fight has yet to be confirmed both men are openly discussing the prospect of facing off against one another. Tonon gives the following assessment of his potential opponent’s abilities,

“I definitely think he’s a very accomplished striker. He does a good job of getting people out of there via knockouts in multiple different ways. Another big issue is if I want to grapple, closing the distance is a really important thing.”

Tonon admits he might need to find sparring partners capable of emulating the American’s karate style,

“It becomes even more important with a guy like Thanh Le, specifically because of the type of in-and-out karate style that he tends to use in his fighting. This karate style is very, very challenging. It’s something that I’ve got to look out for, I’ve got to pay attention to, and I’ve got to learn very precise timing to some of that stuff.” Given how credentialed he is as a grappler Tonon is confident that he would only need one opportunity to secure the submission. In a five round fight he feels that moment is inevitable and expects Lee to do everything he can to finish the fight without having to go to the ground,

“I think he’s well aware that the longer period of time that this contest takes place, probably the more dangerous I’ll become over time. So, he probably wants to hurt me badly and early,” he said.

However Tonon finds himself in a similar situation knowing that his opponent is capable of knocking him out at any moment,

“Man, that’s a pretty big issue that I’m dealing with here, somebody who’s a real knockout artist and is really sharp on the feet. I got to be really rushed to try to submit this guy.”

With both fighters in a rush to finish the American thinks the ingredients are in place for a ‘fight of the year’ contender,

“These are both people that are going to be looking to finish this fight. And anytime you have a contest like that, it’s probably going to be exciting.”

He goes even further than that. Tonon is clearly one of the best grapplers in the sport and Le is in the process of establishing himself as one of the top stand up specialists.

Tonon thinks that is what makes this such a unique opportunity for the ONE Championship matchmakers and he is confident fans will love the fight,

“You’d have the very rare opportunity to watch two people who are incredibly exciting and incredibly dangerous fighting one another. To get to witness something like that, I think for many people, it’s going to be a once-in-a-lifetime kind of thing.” 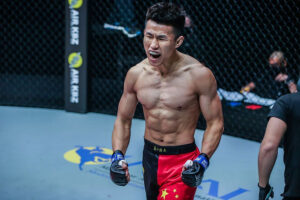