No amount of money, talks nor negotiations can ever make Geje Eustaquio step inside the ring or cage against his teammate Danny Kingad.

Kingad will also appear at ONE: ‘Dawn Of Heroes’ in Manila when he takes on former bantamweight title challenger Reece McLaren in the semi-final round of the ONE Flyweight Grand Prix.

Eustaquio’s match is scheduled as an alternate bout for the Grand Prix but he has made it clear that under no circumstances would he consider fighting Kingad,

“That’s not going to happen. We always go at it in practice anyway. I’m happy that I get to spar with him all the time because he pushes me to the limit. We push each other, and we push each other to the next level,” he shared.

Kingad was supposed to face ex-division kingpin Kairat Akhmetov on Friday, but the latter pulled out of the contest due to an injury that he sustained in training.

Eustaquio should have gotten Akhmetov’s spot in the tourney after defeating Kyu Sung Kim via unanimous decision this past May in what was also billed as a Flyweight Grand Prix alternate bout.

Since Eustaquio had no interest in fighting Kingad whatsoever, the matchmaking team of the promotion was forced to look for other options, which they did by having McLaren as the replacement.

“I have been asked about that kind of scenario a couple of times, but for me, why would I fight my family? He’s my brother. If I fight him, there will be a gap, a wall between us,” he explained.

Eustaquio was in a playful mood ahead of Friday night’s fight,

“If they really want it to happen, they’ll have to give us a raise,” he stated while laughing.

“Maybe they should just visit us in the gym to watch us spar. There we grind everyday.” 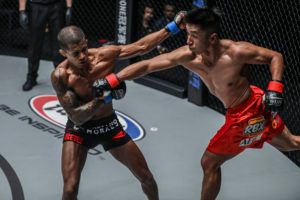 All jokes aside, Eustaquio does not mind if he will be relegated to the gatekeeping role, especially if Kingad wins the ONE Flyweight Grand Prix.

“I will support Danny all the way. For now, I’ll just keep getting better as a competitor. I once held the title. Maybe it’s time for Danny to take up that mantle. I’ll wait for my time. I have no problem with that,” he insisted.

Eustaquio’s unwillingness to duke it out with Kingad underlines just how close-knit things are at Team Lakay,

“We’re brothers, and we’re a family. It is going to stay that way,” he assured. 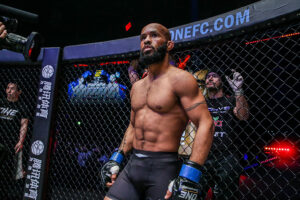