Abel Trujillo has withdrawn from Battlefield FC 2. But the Korean promotion wasted no time in finding an experienced replacement with UFC veteran Gleison Tibau now slated to face off against Will Brooks in Macau.

Tibau (33-14) holds the most wins in the history of the UFC lightweight division. He has been in with the likes of Nick Diaz, Rafael Dos Anjos, Khabib Nurmagomedov and Tony Ferguson.

In 2015 he beat Trujillo but the win was overturned due to a failed drug test. Since being released from the UFC the Brazilian has only competed in MMA once, beating Efrain Escudero by decision on Golden Boy’s MMA card.

Brooks (20-4-1) left Bellator as the reigning lightweight champion in order to compete for the UFC. He was released after three straight stoppage losses but went on to establish himself as a top contender with the PFL.

The card features two notable light heavyweight bouts. In one Shannon Ritch rematches Wenbo Liu while Wagner Prado has been booked to face Doo Hwan Kim in the other. 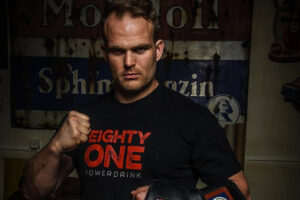