Gustavo Balart is definitely the smallest fighter on the ONE Championship roster and one of the shortest mixed martial artists in the world. He stands at 4’11 but says what he lacks in size he more than makes up for in strength,

“True, I am a short fighter, but that’s why I am stronger and faster. My opponents must watch their distance because in mid and short distances, my punches are stronger.”

He faces former strawweight champion Yosuke Saruta at ONE: ‘Bad Blood’ this Friday. The Cuban is coming off his first win for the promotion and looking to build on the momentum he has after beating Ryuto Sawada. 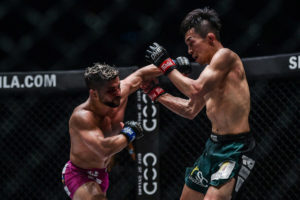 Balart was on the verge of being disqualified after landing a series of low blows although at least one of then appeared to be a legitimate strike. Having lost his previous three the 34 year old knew how important this bout was and that made for some tense moments,

“It was a complicated fight, especially because of the tension I experienced after losing (three) fights in a row. Also, during the fight, I was called out twice for the two illegal shots. Then I was called out again for a shot to the liver, which could have finished him, but was counted as illegal.”

Balart admits he was worried about having victory snatched away from him in the cruelest possible manner, 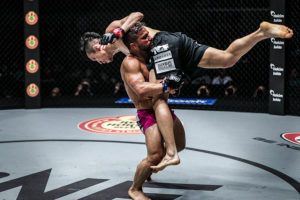 Saruta represents a step up but Balart believes he is the superior fighter,

“Physically, I feel very good. I feel like my boxing and wrestling are superior compared to my opponent’s. I feel like I can take the fight anywhere I want.”

Saruta’s last fight was for the strawweight title and Balart is happy to be testing himself against an opponent who is currently ranked at #3,

“I am happy for the opportunity because I know Saruta. He is a great fighter. He is the former strawweight champion, and I believe that if I win this fight, I can see myself on the path to the strawweight title.” 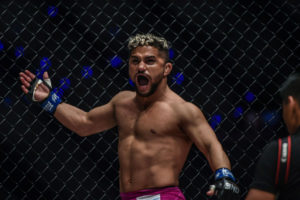 Balart admits he might have to take a more cautious approach after flirting with disqualification in his last outing,

“In my last fight, I was close to finishing it in the second round, and in the third round with a flying knee. I kicked him in the midsection, but he complained that it was an illegal shot, so the referee bought it. That’s why, this time, I want to develop the plan, take it easy, and go step-by-step.”

But Balart says that won’t stop him from trying to finish Saruta as quickly as possible,

“My goal at the end of the day is to finish this fight the first chance I have.” 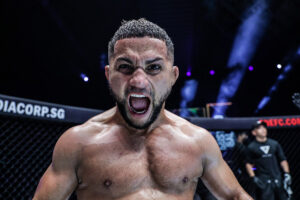