Kulabdam set to make ONE Super Series debut in Vietnam

Kulabdam SorJorPiekUThai has signed with ONE Championship and will make his promotional debut in Ho Chi Minh next month.

ONE: ‘Immortal Triumph’ will not feature any MMA fights, so the card is likely to be stacked with kickboxers and Muay Thai fighters. Kulabdam won the Sports Writer’s ‘Fighter of the Year’ award in 2018.

Kulabdam is the reigning Lumpinee super lightweight champion and has formerly held the stadium’s lightweight belt. He holds wins over the likes of Nuenglanlek Jitmuangnon and Muangthai PKSaenchaimuaythaigym.

ONE: ‘Immortal Triumph’ will be the promotion’s first card in Vietnam. The legal status of MMA in the country remains murky so the card will consist exclusively of standup fights.

ONE Championship has been signing up several mixed martial artists with Vietnamese backgrounds such as Bi Nguyen and Thanh Le. Meanwhile featherweight champion Martin Nguyen is one of the promotion’s biggest stars.

However if any of these fighters want to compete on ONE: ‘Immortal Triumph’ it will have to be a kickboxing bout, Muay Thai fight or boxing match. This will be the 99th major card in promotional history. 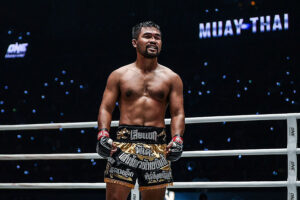