As a young man Manny Pacquiao took all kinds of illegal drugs. He is now hoping to be elected president and it has made for some awkward conversations about his past.

In recent comments to AFP the multiple time boxing world champion admitted to taking drugs but says he wasn’t aware they were illegal,

It is not an excuse that would stand up in court and Pacquiao says in the modern era no-one has any excuse for not knowing the laws of the land,

“People, they know already that the law is not allowing the illegal drugs. We have to put in jail those who are using drugs, selling drugs, that’s what the law says,” he said.

As a young man Pacquiao broke the law by taking illegal drugs without suffering any legal consequences. He got away with but wants the younger generation in the Philippines to know they probably won’t be so lucky. 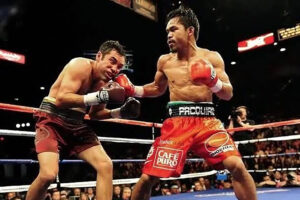