When Raya and the Last Dragon was released this year a lot of people commented on the resemblance between the main character and Tharoth Sam. The Cambodian actually has a life story that is just as amazing as the animated character.

She is a movie star and MMA fighter who teaches martial arts at Cambodia’s police academy. But Tharoth comes from humble beginnings,

“I was born in refugee camp in 1990, called Site 2 camp. I don’t have any memories, I was a baby. I only remember that there were lots of people living together in small houses built with leaves,” she recalls. 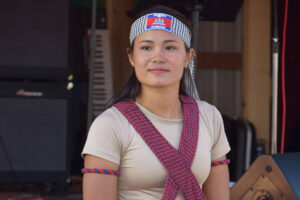 Her father had been a famous musician but the Khmer Rouge was in the process of trying to eradicated nearly every aspect of traditional Cambodian culture. Although Tharoth can’t remember much about her earliest years she would always have a keen interest in promoting local arts and traditions.

“I started martial arts when I was 18 years old because I want to know how to defend myself and preserve Khmer culture,” she said.

Known as ‘Little Frog’ she has an MMA record of 4-2 but has not fought since 2017. Tharoth explains she now has a full time job and it is difficult to find competitive opportunities,

“I’m now working in Police Academy of Cambodia, instructing the cadets on martial arts. I still want to compete, my heart is still in fight sports but I have commitments with my coaching and some movie opportunities and with Covid-19 it is difficult at the moment.” 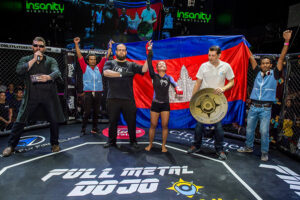 She recently watched the movie Raya and the Last Dragon for the first time having been bombarded with messages by fans who felt the character might be based on her. Tharoth is definitely a fan,

“You asked did I think that character looked similar to me or not? At first I didn’t really pay attention but once I saw all the fans mentioning it I did see a similarity.”

There was one similarity which immediately stood out to the Cambodian,

“I saw the trailer, the part that she had two sticks and as soon as  I saw it I thought ‘she and I are the same!’ because I also use double shorts stick in my Bokator performances.” 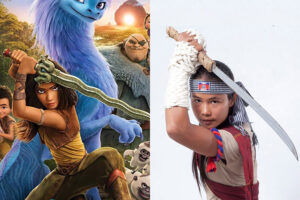 Although the movie came out in March she didn’t get round to watching it until very recently. For Tharoth it was a moment of self reflection as she saw the parallels between her own life and that of Raya,

“When I watched last week I thought about myself a lot. She’s got no fears, she’s brave, she’s strong, she can fight and her relationship with her dad reminded me of my relationship with my own father and with my grandmaster of Bokator.”

While Tharoth has never guarded any dragon gems, at least as far as we know, her life story is the stuff that movies are made of. Her MMA ambitions might be on hold for the time being but the 30 year old is determined to continue preserving Khmer traditions through martial arts.