Tate has been appointed as vice president by ONE Championship and will be moving to Singapore to start her new job.

Tate won the UFC bantamweight title in 2016 with a fifth round submission of Holly Holm and is also a former Strikeforce bantamweight champion. The same year she would announce her retirement from the sport having compiled a record of 18-7.

Former UFC middleweight champion Rich Franklin is also a vice president with ONE Championship who recently announced the addition of Demetrious Johnson and Eddie Alvarez to the roster.

In a press release sent out today Tate (pictured with ONE atomweight champion Angela Lee in Singapore) stated:

“I am thrilled to join ONE Championship as a vice president. I truly believe in its mission of unleashing real-life superheroes who ignite the world with hope, strength, dreams, and inspiration. I’m honored to bring my experience as a world champion and to help inspire the next generation of athletes. And of course, I am excited to relocate to my new home, Singapore, and travel throughout Asia!”

Meanwhile Chatri Sityodtong, Chairman and CEO of ONE Championship, hailed Tate’s contribution to the sport during her professional career:

“Miesha has been an incredible pioneer for the sport, and has been an inspiration for many young men and women. Not only is she a good friend, but I am proud to have her represent ONE Championship on a global scale. I look forward to welcoming Miesha to her new home in Singapore!”

Former UFC champions Alvarez and Johnson are both in Singapore to attend tomorrow’s ONE: ‘Heart of the Lion’ card. Also in town is Sage Northcutt who is widely expected to sign with Asia’s biggest MMA promotion. 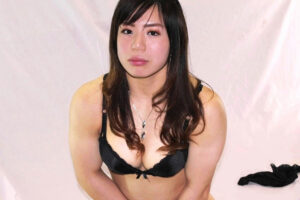