Miesha Tate hopes to grow women’s MMA with ONE Championship

Former UFC women’s bantamweight champion Miesha Tate will soon relocate to Singapore to begin her new full-time job as a vice president at ONE Championship.

Among her roles in the company, Tate will join the commentary team alongside Michael Schiavello and Mitch Chilson, alternating between every other live card that the promotion holds,

“I’m going to jump into the commentary team and I will be doing every other show. So every other week, I will be at whatever venue we’re at that week,” Tate revealed.

She will also serve as an ambassador for ONE Championship, much the way former UFC middleweight champion Rich Franklin has done for the past few years since joining the organization. 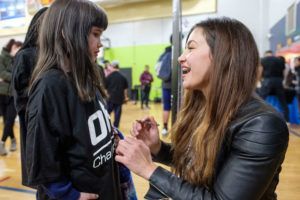 One of the most exciting things that Tate is looking forward to tackling is the growth of women’s fighting throughout Asia as ONE Championship continues to expand with both MMA as well as Muay Thai and kickboxing through the ONE Super Series.

ONE Championship already promotes well known global superstars such as atomweight champion Angela Lee but Tate knows that women’s MMA is still fighting for acceptance in many places throughout Asia.

That’s where she hopes to make a difference to up and coming athletes looking to compete in the sport while also serving as an example of high-level martial artists who also happen to be women,

“I would like to be as much as I can be a role model and hopefully I can inspire some of the girls to be the best versions of themselves,” Tate said. 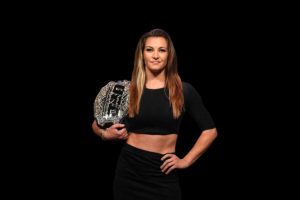 Tate wants to see female fighters given the same platform and opportunities as their male counterparts,

“I want to echo exactly the message that Chatri (Sityodtong) is conveying. It doesn’t matter man, woman, it really doesn’t matter. There shouldn’t be any separation, I want these women to believe in themselves and to realize they have a real opportunity and that fighting is not just for men.”

While ONE Championship actually started promoting female fights before the UFC she still feels Asia is lagging behind the West in terms of attitudes and acceptance,

“I have noticed that in Asia they are still a little bit behind in that. It’s not that women’s fighting doesn’t exist, but it’s not as supported as we see it in the States. It’s maybe how it was eight years ago or so where ground is starting to be broken and people are starting to accept it,” she said. 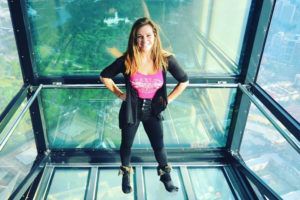 Tate was competing during those days when executives like UFC president Dana White proclaimed that women would never fight in his organization. It took time but White and numerous others realized that women’s fighting is still very high level, not to mention a very promotable commodity.

In the United States, Ronda Rousey was once considered the only superstar on the same level as Conor McGregor when it came to popularity and recognition amongst fans.

Tate was also a very recognizable fighter during her career as well as other household names such as Gina Carano.

Women’s fighting in both MMA and kickboxing has a rich history throughout Japan, which will only expand now that ONE Championship is planning on promoting at least two cards there every year going forward. 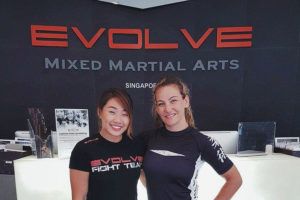 Tate knows it’s only a matter of time before other countries from around Asia begin to embrace women’s fighting just like the men and she is happy to be at the forefront as she begins her new role at ONE Championship.

“I think ONE Championship is going to be responsible for changing that with leaders like Angela Lee, who are showing ‘hey there’s real opportunity for women in this and we’re just as good as the men’,” Tate said.

She sees echoes of her early career in the exploits of fighters like Lee and Xiong,

“It’s kind of like I’m going back in time and reliving it a little bit and I’m enjoying seeing some of these women break the glass ceiling.”