Mizuki Inoue will not be competing in the Invicta FC strawweight tournament on Friday night (local time). The Japanese fighter was forced to withdraw after problems cutting weight.

She was one of two fighters to pull out of the tournament at Invicta: ‘Phoenix Rising 1’ due to weight issues. The other was Janaisa Morandin and she will be replaced by Indian Manjit Kolekar.

Replacing Inoue is Amber Brown meaning that the bracket for the tournament, which is set for Kansas City on May 3rd, now looks like this: 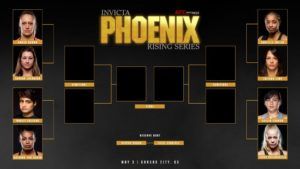 The quarter finals and semi finals will consist of a single round. The final itself will be a three round affair and the tournament rules encourage fighters to win by stoppage.

The fastest finisher in the quarter final round will have the luxury of picking their opponent for the semi finals. If all four bouts to the distance the the semi final match-ups will be determined by random draw. 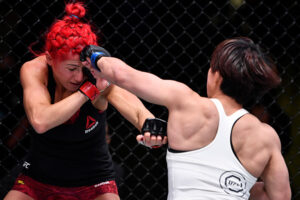