Reinier De Ridder has won eight of his ten fights by submission. It is no secret where the Dutchman’s strengths lie and he showcased this skilset on his ONE Championship debut.

De Ridder needed less than 90 seconds to finish Rong Fan with a D’Arce choke at ONE: ‘Hero’s Ascent’ in January. It improved his perfect professional record to 10-0 and established the Dutchman as an immediate contender in the middleweight division.

Next up is a bout with Brazilian veteran Gilberto Galvao at ONE: ‘Legendary Quest’. The Dutchman believes this will be the perfect opportunity for him to utilize some elements of his game which we haven’t seen much of,

“I think he’ll try to strike with me. People still believe I am not a striker at all, so everybody’s game plan will be to strike with me, and that’s fine. It will be good to show some of my striking,” he said. 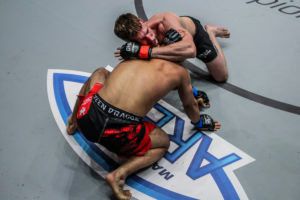 De Ridder stands at 6’4″ making him one of the tallest fighters in the entire division. He thinks this will give him an advantage against Galvao in several areas,

“It’s great for throws. Small guys are great to throw so I hope to throw him around a little bit. I’ve seen in a few of his fights he’s also very open to knees which is one of my favorite striking techniques so I hope to hit him with some knees as well.”

However De Ridder acknowledges that this is not a problem Galvao is unfamiliar with, 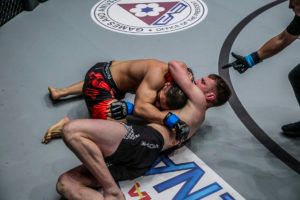 There is a gulf in terms of experience. De Ridder might be undefeated but the Brazilian is a veteran of 37 bouts who once put together a 13 fight winning streak.

The Dutchman is nine years younger and sees Galvao as a clear step up in terms of opposition,

“I checked some of his fights, and I know he is 37 years old, so he has been around a long time. He has a lot of wins and only a few losses, so he has done very well. He is a good opponent (and) I am glad they gave me this guy (because) he has a ton of experience and I know he will be ready when he steps in the ring.”

Aung La Nsang is the reigning ONE Championship middleweight king. He’s also one of the biggest starts on the roster but the two division Burmese champion is booked for a light heavyweight title title next. 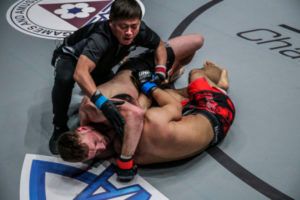 La Nsang will face Brandon Vera at ONE: ‘Century’ in October’. It means he’s unlikely to defend the middleweight belt again this year which gives De Ridder plenty of time to string together the sort of winning streak matchmakers cannot ignore.

The next step is to improve that perfect professional record in Shanghai on June 15th. De Ridder says that no quarter will be asked or given and believes it could come down to who can control where the action takes place,

“He likes to come forward and swing big punches and then push you to the fence or ropes (so) what I’m going to do is take the center of the ring, keep the distance, hit him with strikes and then take him down and submit him.”

It is what De Ridder has been doing for his entire career. But he hasn’t had to do it against an opponent of Galvao’s experience or quality before and this promises to be a serious test of the Dutchman’s title credentials.