In an interview with Sherdog this week Rickson Gracie said he regretted never having fought Kazushi Sakuraba. The Brazilian claimed the fight came very close to being made but was nixed by a series of events.

Speaking in his native Portuguese the multiple time Vale Tudo Japan tournament winner talked about two opponents he never got to face. One of them was former Pride heavyweight Grand Prix winner Mark Coleman and the other was Sakuraba.

Sakuraba famously beat several members of the Gracie family. The 61 year old is sorry he never got a chance to participate in a rivalry that came to define that era of MMA,

“If I had to choose someone to fight during my prime it would have been Sakuraba because he was the guy who got the title of ‘The Gracie Killer’ and of course that was something I really didn’t like,” he told Sherdog.

Gracie says an offer to fight Sakuraba was already on the table when tragedy struck,

“I already accepted the proposal right after I fought Masakatsu Funaki but my son Rockson passed away and I had to focus on his loss and regrouping the family,” he recalls

According to Gracie he was still keen to fight Sakuraba but the Japanese promoters lost interest because the Brazilian was on a losing streak,

“Sakuraba then lost twice to Wanderlei Silva so there was not as much appeal. The Japanese had no interest in making the same offer to fight him and it ended up not happening.”

“Around the time Royce (Gracie) left the UFC they started setting time limits and Coleman was the new champion. Naturally people were interested in seeing me fighting him but in my mind the best fight with him would have been with no time limit.”

Coleman would go on to win Pride’s first ever heavyweight Grand Prix. But Gracie says that he didn’t want to compete under the new UFC rules and the money being offered in Japan was insufficient,

“The possibility of making a fight between me and Coleman under those rules became very unlikely once he was fighting in UFC and I was in Japan. The Japanese did not make a good enough offer to bring him in so it ended up not happening.”

Gracie was competing in a slightly different era to Sakuraba and Coleman. He had his first fights in Brazil in the 1980s and finished fighting at the start of this century.

Fights with either Coleman of Sakuraba would have generated huge interest 20 years ago. But with all three long since retired these will go down in history as two MMA matchups which got away. 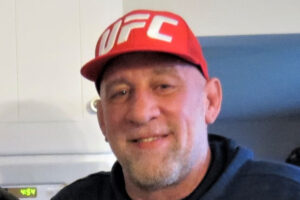 Kazushi Sakuraba and Ikuhisa Minowa training together after lockdown