Singapore has a population of just over 5.6 million people. Only one of them can say he’s fought in the UFC and his name is Royston Wee.

These days Wee spends most of his time coaching and imparting his MMA knowledge to others. He has the demeanor of a doctor and the physique of a Greek God.

But rewind to January 4th, 2014 and the Lion City was abuzz with the news that the UFC was coming to town for the first time. The lead-up saw many wondering if a local boy could compete on such an elite stage but there were a few raised eyebrows when Wee’s name was announced.

His two fights had both taken place in 2012. They had lasted less than two minute’s each and neither of the opponents Wee held wins over had registered another victory in MMA before or since.

Years later CM Punk would lower the bar for what constitutes a ‘UFC caliber fighter’. But at the time Wee’s signing was met with scorn and cynicism, with many suggesting the promotion had debased itself by snapping up someone with such little experience. 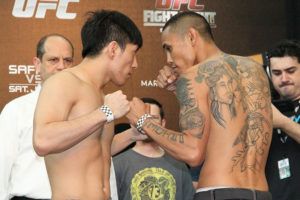 In front of 6,419 fans at Marina Bay Sands, Wee would silence his critics and win over the partisan crowd with a decision win over undefeated URCC champion Dave Galera. He used his ground game and wrestling to dominate the Team Lakay fighter and prove that he merited a coveted spot on the UFC roster.

Wee’s second win was far from emphatic. On a night in Macau when the UFC famously stood down one of its own judges after a series of strange scorecards, he beat Zhikui Yao by split decision.

It left him with a 2-0 UFC record and the MMA world at his feet. But after missing weight for his third UFC fight and being stopped very late in the second round, Wee was unceremoniously released.

That was over three years ago and he has not fought since but the Singaporean looks back on this period of his life with fond memories.

“I am still very honoured to have the pleasure to fight in the biggest stage of the MMA world. I gained a lot of experience and wisdom through the whole journey,” he told Asian MMA.

It’s rare, although not unprecedented, for the UFC to release fighters with winning records. But it is possible that having lost interest in Singapore – there wouldn’t be another event there until 2017 – the promotion decided that it didn’t particularly need a fighter from this part of the world on the roster.

So far there have been three UFC cards in Singapore and Wee remains the only local to have ever appeared on one. But he doesn’t harbor a grudge and understands the risks and rewards involved in competing in the upper echelons of the sport.

“It is what it is. And in fighting, it’s a ruthless sport, a ruthless business. But I believe everything happens for a reason and it doesn’t mean it’s the end of the world. It just opens up more doors for me, and I am the kind of guy who likes options. Options in fighting, and outside of fighting. And therefore, all is good.” 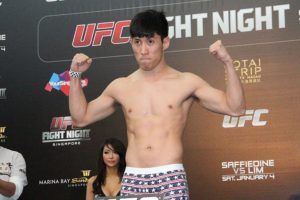 He hasn’t fought since 2015 but Wee is a UFC veteran with a 4-1 record. Those sort of credentials can open the door to major promotions all over the world and there are far more opportunities out there today than there were three years ago, particularly in Asia.

That means Wee wouldn’t be short of offers if he decided to make a comeback, and the 31 year old confirmed he was contemplating a return to competitive action.

“I have never said I retired from fighting, I never said I’m done. I have offers coming in often enough but I am busy outside of fighting. I am just making better decisions for myself now and when the opportunity presents, you will see me in the cage soon enough.”

Ask someone to name a Singaporean MMA fighter and the first name to roll off their lips will probably be that of Angela Lee, whose father hails from these shores. Amir Khan and Tiffany Teo are leading the way in terms of homegrown talent and only fans with long memories would mention the country’s first and only UFC fighter.

Wee seized his opportunity spectacularly with the win over Galera at UFC Fight Night 34 but has slipped from the country’s conscious in the intervening years.  At the age of 31 a fighter should be at the peak of their powers but the Singaporean says he is content with life.

“I made my success, and I made some mistakes along the way as well. That’s learning and I am a better fighter, a better man than I was before. Better every day.”

For its last two Singapore events the UFC wasn’t able to find a single local fighter of suitable caliber to compete on the card. Most of the top fighters have signed exclusive deals with ONE Championship and the Las Vegas promotion doesn’t seem to have liked the look of any of the remaining free agents.

Wee might be coming off a long layoff now but he has already proved he can return after an extended period of inactivity and perform on the big stage when the stakes are high. If the UFC veteran does strike out on the comeback trail then who knows where it might lead him? 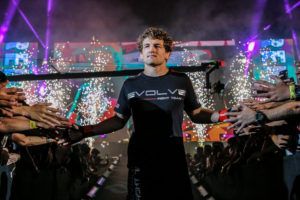