Superlek Kiatmoo9 signs with ONE Championship

Superlek Kiatmoo9 has signed on for the ONE Super Series. He’s been one of the biggest stadium stars since the start of the decade and has consistently faced the biggest names at both Lumpinee and Rajadamnern.

He fights out of the famous Kiatmoo9 camp in Buriram that consistently produces top Thai talent like Petpanomrung, Panomrunglek and Singdam. The latter also happens to be Superlek’s uncle and between them they have won almost every belt and award going.

Superlek burst onto the Bangkok scene in 2011 and won the Lumpinee super flyweight title that year, beating Muangthai PKSaenchaigym who is also signed to ONE Championship. In the next couple of years he would move up steadily in weight, claiming the Lumpinee bantamweight strap and Thailand featherweight belt. 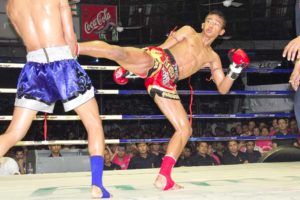 In 2016 he claimed the WBC super featherweight title, beating Seksan Or Kwanmuang at Lumpinee. Superlek can probably consider himself unfortunate not to have won more belts in recent years given that he has beaten the likes of Petutong Or Kwanmuang, Sangmanee Sor Tienpo and Panpayak Jitmuangnon as well as Muangthai.

In 2012 Superlek was named ‘Fighter of the Year’ by the Sports Authority of Thailand. It is one of the most prestigious awards in Muay Thai and it is testament to the longevity of the fighter from Buriram that six years later he is still holding his own against some of the best fighters in the world. 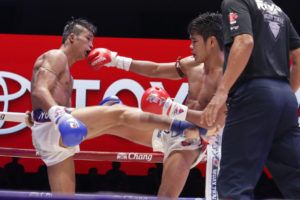 There are several potential rematches for Superlek in the ONE Super Series. Former opponents Muangthai, Panpayak and Sam-A Gaiyanghadao and are all on the roster and the former holds the promotion’s Muay Thai flyweight title.

Panpayak is coming off a stoppage win at ONE: ‘Destiny of Champions’ this month while Muangthai scored a decision win at ONE: ‘Heart of the Lion’. Sam-A won the belt with a late stoppage at ONE: ‘Unstoppable Dreams’ in May. 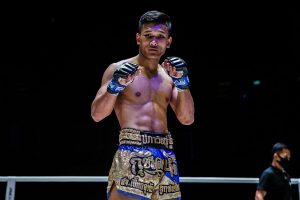