UFC events to be streamed on Fox+ in the Philippines

The UFC has a new broadcast home in the Philippines. Every single live event this year is set to be streamed by Fox+ and the deal was done just in time to include this weekend’s flyweight title fight.

UFC Fight Night: ‘Cejudo vs. Dillashaw’ in Brooklyn is set for Saturday (local time) and will see Henry Cejudo defend his flyweight title for the first time. Challenger TJ Dillashaw holds the bantamweight strap and is moving down a division for this bout.

There are currently question marks over the future of the UFC’s flyweight division with multiple fighters having been released including former champion Demetrious Johnson. But there will be at least one more title fight with the show being streamed live in the Philippines by Fox+ from 11am (local time).

The UFC was originally broadcast in the Philippines by the now defunct Balls channel. From 2015 onwards it was shown on Cignal TV but with this new deal the promotion makes the transition from linear to digital.

The UFC is already broadcast live by Fox in several territories across South East Asia and Kevin Chang, the UFC vice president for APAC, is excited about this new deal,

“We are thrilled to extend our partnership with our long-standing partner, FOX Networks Group Asia. This agreement alllows us to continue serving our passionate fans in the Philippines with the premier MMA programming in the world.”

The UFC put on an event in Manila back in 2015 while Filipino fighters like Mark Eddiva, Roldan Sangcha-an, Rolando Dy, CJ de Tomas and Jenel Lausa have all competed inside the Octagon in recent years. 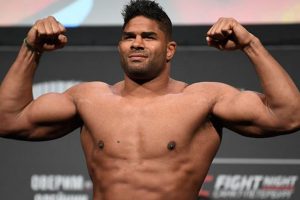