Yodsaenklai Fairtex has a new opponent at ONE: ‘Age of Dragons’. The multiple time Muay Thai champion will now be facing Jamal Yusupov at the Cadillac Arena on Saturday.

Yodsaenklai had originally been set to face Sasha Moisa in a featherweight fight. However the Ukrainian pulled out and has been replaced by Yusupov who will take on the Thai in a catchweight contest.

As previously announced ONE: ‘Age of Dragons’ will feature two kickboxing title fights. In the main event Ilias Ennahachi defends his flyweight kickboxing belt against Wang Wenfeng while Tarik Khbabez and Roman Kryklia face off for the newly minted light heavyweight strap in the co-headliner.

Local interest is provided by the presence of atomweight Meng Bo who holds a 2013 win over newly crowned UFC bantamweight champion Weili Zhang and strawweight Miao Li Tao who will be looking to score his fourth straight ONE Championship win. 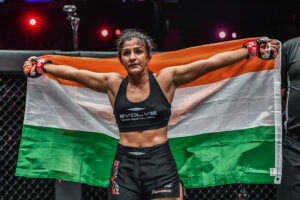