Yodsaenklai to headline ONE: ‘Destiny of Champions’

One of the biggest names from the world of Muay Thai will headline next month’s ONE: ‘Destiny of Champions’. Yodsaenklai Fairtex will be taking on Australia’s Luis Regis in the main event on December 7th at the Axiata Arena.

This will be Yodsaenklai’s second fight for ONE Championship. He won Lumpinee titles at 112lbs and 147lbs but really made his name fighting overseas, claiming the WBC 154lbs, WMC 160lbs, WPMF 168lbs and Lion Fight 154lbs titles as well as winning the inaugural Contender Asia series.

In the co-main event local favourite Agilan Thani (9-2) will be looking to rebound from a stoppage loss in this venue earlier in the year. He takes on Kiamrian Abbasov (19-4) who is more experienced but did not impress in his ONE Championship debut when he dropped a decision to Luis Santos.

In the bantamweight division Daichi Takenaka (11-0-1) has an opportunity to underline his title credentials ahead of ONE Championship’s inaugural Tokyo event in March. The Japanese fighter takes on Korean American Kevin Chung (5-1) who was beaten by newly crowned champion Kevin Belingon last time out. 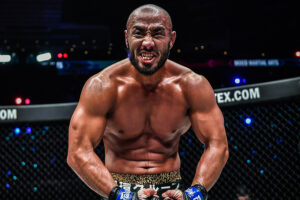