Abdul Azim Badakhshi will be back in action at Matrix Fight Night 8 and the Afghan has been using some unconventional training methods to prepare for his bout with Fabricio Oliveira.

He shared a video on Instagram of him boxing blindfolded:

Presumably the thinking here is that if you can hit an object without using your eyes you are going to find it much easier to hit when you actually have vision? Badakhshi doesn’t seem to be missing much so perhaps there is something to it.

At Matrix Fight Night 8 he will be allowed to use both eyes. But he will be hitting a Brazilian veteran with 21 fights to his name, not a boxing mitt, and might find Oliveira to be a more elusive target!

Badakhshi boasts an MMA record of 12-2 and also has nearly 150,000 Instagram followers. The Afghan is clearly a big star in India and will be looking for a big win on April 1st. 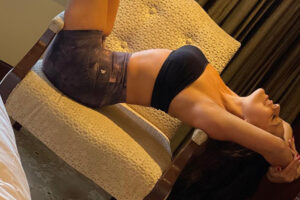