American beauty Alyse Anderson will be making her ONE Championship debut this Friday. It has been a long wait for the 26 year old who has something she wants to get off her chest.

Anderson is facing Itsuki Hirata in the opening round of the atomweight Grand Prix at ONE: ‘Empower’. The Japanese fighter is known for her dances and it is fair to sat Anderson isn’t impressed,

“It shows immaturity to me. I roll my eyes at it. I’ve never acted that way. But again, she’s 21 years old.” Anderson was just a teenager when she made her pro debut. The American has put together a 5-1 record but doesn’t feel her opponent is taking the sport quite as seriously,

“I’ve always taken mixed martial arts seriously since my first fight when I was 18, but to each their own. It doesn’t bother me, but I just roll my eyes. Everyone’s going to do their own thing.”

So what does Anderson do for fun? She has pretty serious hobby herself,

“I have raced motocross since I was 9. It’s going to be real tough with the tournament, taking a break just to avoid injuries but I love racing motocross.” 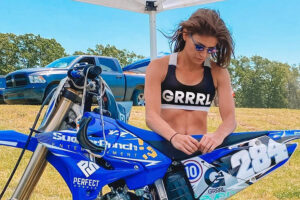 While Hirata can dance her way into the ring riding in on a motocross bike would be a logistical challenge for Anderson. So we won’t get to see her enjoying her hobby but she is happy to explain the attraction,

“It’s such an adrenaline rush, the same feeling as getting in the cage but its more of a hobby than a career. Mixed martial arts is my career.”

Anderson is currently based in Miami where she is preparing for the atomweight Grand Prix. Her Instagram account shows her soaking up the sun in the resort city.

But she can’t wait for the tournament to be over so she can get back to her favourite hobby,

“I’ve raced motocross and dirt bikes since I was 9 and its something I love, one of the things I look forward to after fight camp.” 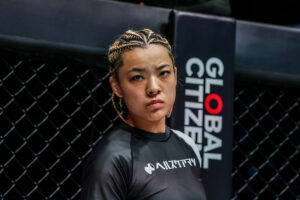 Itsuki Hirata: ‘Angela Lee is my goal and my dream’!