Yan Xiaonan is probably out of the title picture for the time being having lost to Carla Esparza at UFC Vegas 27. But the #4 ranked strawweight is still a target for many of the fighters in the division.

As callouts go this one was definitely on the respectful side. No insults, just a polite request for the two to be matched together because it would be very convenient.

Unfortunately Ribas got the wrong Twitter tag for Xianoan, who doesn’t appear to use the platform at all. So the Chinese fighter might never see it!

After her controversial split decision loss to Rose Namajunas at UFC 268 last weekend Weili Zhang was asked about the possibility of fighting her compatriot. She did not sound at all keen, saying that Chinese fighters preferred to avoid ‘civil war’.

Ribas is ranked #9 and coming off a win. While the matchup does not exactly have the makings of a title eliminator it could make sense for both strawweights.

Is this a fight you would like to see? 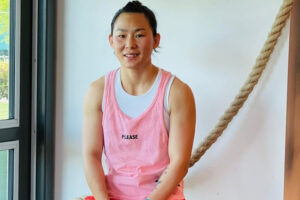 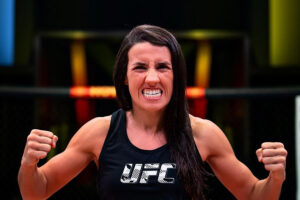