Aung La Nsang has beaten Brandon Vera and Alain Ngalani for the second time. The Burmese fighter has already defeated both men in the ONE Championship cage.

He also triumphed in a taco eating contest with ONE Championship posting the footage on YouTube:

It isn’t clear when or where the ‘Taco Challenge’ took place. Ngalani appears to be in London at the moment while La Nsang and Vera are based permanently in the US.

The former rivals united over a plate of food. But it was La Nsang who came out on top, he was the only man who managed to finish all 15 tacos. 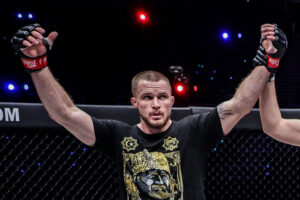