Aya Murakami will make her pro MMA debut at Deep-Jewels 30. The BJJ black belt will replace the injured Rion Noda and is set to face Moeri Suda on October 31st.

Murakami fought as an amateur at Deep-Jewels 29 and dropped a decision to Yuri Takeda. She earned her BJJ black belt and has won numerous grappling tournaments in Asia and Europe.

Noda suffered an injury during training and has withdrawn from the card. Moeri, who has a 1-0 amateur record and recently celebrated her 16th birthday, will now find herself going up against a BJJ black belt.

As previously announced Tomo Maesawa will fight for the final time at Deep-Jewels 30 next month. The 32 year old is set to defend her atomweight title against Hikaru Aono and says this will be her retirement bout.

The event is set for Shinjuku Face on October 31st and there will be a live audience in attendance. 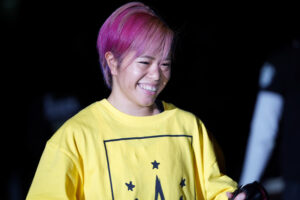