With ONE Championship putting on an incredible 19 fights last Saturday there were non stop stories coming out of Singapore. One of the most interesting was picked up on the SCMP who report that Chatri Sityodtong told the media that his heavyweights would ‘smoke’ Francis Ngannou.

Ngannou is the reigning UFC heavyweight champion but Chatri thinks there are several fighters on his roster who would beat him,

“I like Francis Ngannou but I think our heavyweights would smoke him,” he told reporters at the Singapore Indoor Stadium. “He’s just not a complete fighter. For sure, if you ask any expert martial artist, you look at Anatoly Malykhin, Russian national pedigree wrestler, dynamite in his hands. Much faster than Francis, much better ground game, black-belt level. He was also a submission champion in Europe.”

Chatri believes Bhullar and Malykhin would both have too much for the UFC heavyweight champion on the ground,

“You look at Arjan Bhullar, wrestling, boxing. Francis is not very impressive on the ground. He’s got big, looping punches, he’s not as technical of a boxer as Anatoly or even Arjan.” 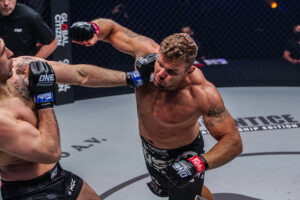 It has taken ONE Championship time to put together a competitive heavyweight division. Chatri says there are more heavyweight signings in the works and further announcements are imminent,