Colbey Northcutt says her surname brings added pressure ahead of ONE: ‘Edge of Greatness’

ONE Championship debutant Colbey Northcutt is well aware of the expectations that come with her family name.

She has been dealing with them for virtually her entire life. Her and her brother, ex UFC and now ONE Championship fighter Sage Northcutt, were practically raised on the mats under the tutelage of their black belt father,

“My dad got me into karate when I was about seven,” Northcutt recalls.

“Then Sage ended up joining when I was about four. I started doing a few tournaments when I was not even a year into it and had so much fun. It became something that we really wanted to do, just compete. Then when I got older I realised that I could make a career out of it.”

She thinks that becoming a professional fighter was her destiny,

“But karate is obviously in our DNA. My dad was our coach so fighting was something I was destined to do.” The extra eyes that follow her by way of her brother’s success are difficult to ignore at times, says Northcutt.

“With the Northcutt name, there is a little bit of added pressure. I feel like you have some expectations you have to reach. But we started to compete in MMA at the same time. I took a bit of a break and he obviously pursued it fulltime and is obviously super successful and is where he is today through that hard work.”

Northcutt is up front about the fact that she wouldn’t be fighting tomorrow night if it wasn’t for her family name,

While she’s thankful for the extra opportunities that she openly admits those family ties afford, she’ll be out to prove that she has the kind of talent that demands its own degree of respect in her promotional debut at ONE: ‘Edge of Greatness’ in Singapore on Friday, where she’ll square off with India’s Putri Padmi. 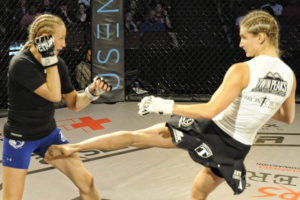 The 26-year-old is out to prove that she’s far more than simply Sage Northcutt’s sister and is determined to blaze her own trail in professional combat, after an impressive amateur career that finished with three consecutive wins.

With her stand-up game already well advanced, Northcutt and her new team at California’s Treigning Lab have been putting a firm emphasis in bringing her grappling up to par, and that hard work is already beginning to pay dividends.

“The one thing that I could’ve been working on more was my wrestling and that’s exactly what I’ve been doing. Since my last fight I changed up my entire camp and my team. I’ve been working with some phenomenal wrestlers like Mark Munoz and T.J. Dillashaw. Being at a wrestling focused camp, that’s what I’m doing every single day. So I’m very confident in that.”

That said, she expects a predominantly stand-up contest against Padmi, whose strength also lies in striking. Standing nearly 6 foot tall, Northcutt will be looking to utilize every inch of her reach advantage.

“I’m going to be taller than 99% of the girls that I fight so I’ll definitely use my striking and my reach advantage. Keep them at distance and that’s going to be my gameplan. From watching her past fights she’s very aggressive, likes to go forward and swings hard. Those people you can never underestimate.” 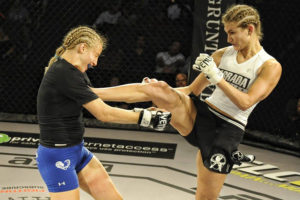 She’ll also have the ever-present and expert eye of her husband, Bellator kickboxing champion Raymond Daniels, in her corner on fight night.

“We’ve known each other for quite a long time through sport karate and martial arts. He’s obviously an incredible striker himself. He’s been with me through every camp that I’ve had and this entire process. He’s going to be in my corner and there’s no way I could’ve done this without him.”

Beyond Friday night, Northcutt confesses she’s itching explore all of the varied avenues that come with being a ONE fighter, particularly the prospect of fighting bouts under Muay Thai or kickboxing rules.

Her ambitions don’t stop there. She also has her sights set on potentially breaking new ground with ONE Championship with the establishment of a women’s flyweight division.

And in case you were wondering, her brother, who will also be in her corner at Singapore Indoor Stadium, is genuinely as nice as he seems,

“He is always this upbeat, everyone always asks me that. It’s very refreshing to be around, it’s good energy. I’m a bit of a toned down version of Sage, but I think it does come from the family. We’re so grateful for all the opportunities that we have and there’s not a lot to be negative or unhappy about.” 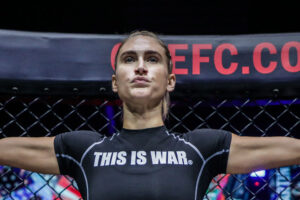 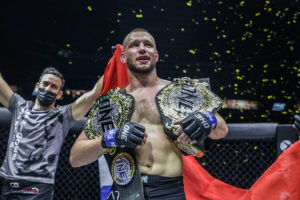