Deep 95 is set for the New Pier Hall on August 23rd. The card will be headlined by a welterweight fight between Daichi Abe and Yoichiro Sato.

Abe (6-4) is a UFC and ONE Championship veteran. The former welterweight King of Pancrase will be making his promotional debut.

The 28 year old will be looking to snap a four fight losing streak dating all the way back to 2017. Abe established himself as one of the top welterweights in Asia by beating Hyung Gyu Lim on his UFC debut but has not won a single fight since

Sato (21-11-2) has challenged unsuccessfully for welterweight titles with both Deep and Heat. He is coming off back to back losses making this a must win fight for both men.

The co-main event pits Hideki Sekine (8-4) against Ryo Sakai (8-10) in the ‘megaton’ division. The former challenged unsuccessfully for the ONE Championship heavyweight title in 2016 while the latter has been fighting for Deep since 2011.

In the lightweight division the experienced Juri Ohara (25-18-3-1) has been matched with Takumi Suzuki (7-4) who trains with Sekine. The card also features a lightweight contest pitting Luiz Andrade (21-19-6) against Ryota Oki (1-1).

Deep 96 is set to take place in the same venue on the same day. 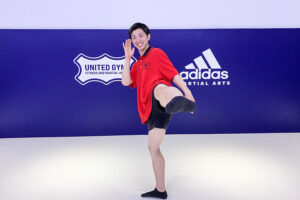