Danny Kingad plans to finish Kairat Akhmetov in the second stanza at ONE: ‘Big Bang’

Danny Kingad has been in with the best flyweights on the ONE Championship roster. The Filipino has fought 12 times for the promotion and has experience beyond his years.

At ONE: ‘Big Bang’ next week he faces former champion Kairat Akhmetov and Kingad is making a bold prediction,

“I’m going for the finish. I think this won’t last two rounds, it will end with a second round knockout.”

Akhmetov has never been finished so Kingad will need to make history at the Singapore Indoor Stadium in order for that prediction to come true.

They were originally scheduled to fight last August and the Filipino has been thinking about this fight for some time,

“I’ve wanted to face him for a long time because I want to test my skills against him, particularly in wrestling. It’s not going to be easy but it’s going to be a fun fight.”

Akhmetov has a background in wrestling. But there is one area in which Kingad is confident he will be superior to the former champion,

“I think I’m better than him in the striking department but we’ll have to wait and see in the fight. He’s improved a lot.” 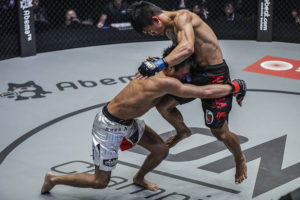 Kingad’s teammate Geje Eustaquio is one of only two fighters to ever defeat Akhmetov. It is a result the #2 ranked flyweight would love to emulate but he knows it won’t be easy,

“I think his biggest strength is that he’s very well-rounded. He has good wrestling skills but he’s not just a wrestler he can strike too and I shouldn’t underestimate him,” said Kingad.

However Kingad is extremely confident in his own abilities and says his coaches at Team Lakay have formulated the perfect strategy for this fight,

“I think I’m better than him all-around. I’m very proud of my skills, and I think I have the best team behind me. We’ve prepared very well for this fight. We have a good strategy coming into this. I want to win for my family, my fans, and for the Filipino people.”

Kingad admits he is wary of the Kazakh fighters submission skills,

“He’s very good on the ground, has strong control, and can finish opponents on the mat,” he said.

Akhmetov has been the distance in each of his last six fights while Kingad has gone to the judges eight times in a row. So that prediction of a second round knockout looks more like a long shot than an absolute certainty.

But Kingad knows exactly how he wants to find the finish and when the second round starts, if not sooner, that’s what he will be looking to do,

“If he had any area of weakness, it would have to be in his striking. That’s what I’m going to try to expose. I’m focusing on that.” 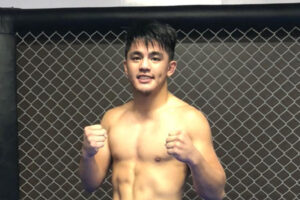 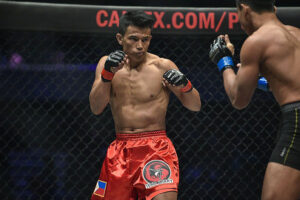 Edward Kelly admits he is in need of a win ahead of ONE: ‘Full Blast’