Phillipe Nover fought for both the UFC and Bellator during his MMA career. Now, he is looking out for the safety of Covid-19, or coronavirus, patients as a cardiac nurse at a hospital in New York.

Nover’s hospital is in Brooklyn which has been badly affected by Covid-19. He has been surprised by the extent of the impact on healthcare services,

“I first read about the coronavirus in December of last year. I had a feeling it would spread in the United States. At that time, I didn’t think it would be this bad,” he said

Covid-19 has hit the U.S. hard in recent weeks, following a path seen earlier in parts of Asia and Europe. As of this writing, more than 160,000 people have tested positive, edging out Italy, which has reported the most fatalities, and China, where the virus was initially detected in Wuhan last December.

“We are seeing an influx of Covid-19 patients. Our emergency rooms and intensive care units are filled. It is a scary sight. The team is doing the best it can in the chaos,” Nover said. 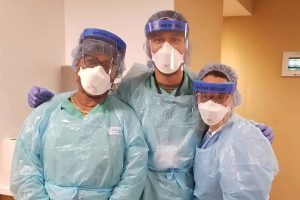 Known as ‘The Filipino Assassin’ Nover was a runner-up in Season 8 of The Ultimate Fighter, yielding to Efrain Escudero by way of unanimous decision in the finals. He called it a career in February 2017, leaving the sport with a professional record of 11-8-1

Nover says it was not a difficult decision to retire from MMA and switch his focus to being a full-time nurse,

“As I got older, I realized what the risk-reward ratio was looking like. At that time, it was not looking good for a 33-year-old still competing with young, hungry studs. I had way better chances in a professional career in healthcare,” he said. 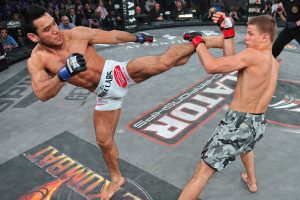 Three years after his retirement and Nover’s decision to hang up his gloves in order to become a nurse has gained added significance. He has witnessed first hand the impact Covid-19 is having on the nation’s hospitals and healthcare services.

There has been a lot of speculation about the lack of protective equipment for healthcare workers but Nover says it hasn’t been an issue so far,

“We have enough protective equipment for now, but they are always reminding us to use it carefully and not to be wasteful,” Nover disclosed.

The pandemic is beginning to take a toll on medical professionals but Nover and his colleagues have attained something akin to hero status in their communities. The Filipino-American says for him taking these type of risks is is just part of the job,

“I honestly don’t mind being on the front line as long as I have the proper gown, mask, and eye shield. I signed up for this since the day I became a nurse. My job is to treat and help people. There is no other choice,” he pointed out. 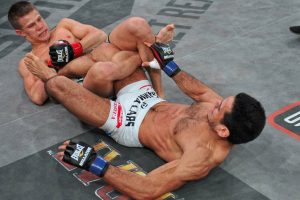 Aside from being physically healthy, Nover says that nurses like him need to be emotionally and psychologically prepared as witnessing death first hand becomes a part of daily life,

“Seeing a patient dying while on a vent is tough. It is something that sticks with you. It is a painful disease. I even heard of patients saying it feels like they have blades inside their lungs. The disease can also be spread so easily to someone who is at risk of dying.”

More than 1,200 people have died of Covid-19 in the state of New York. Governor Andrew Cuomo, whose brother announced yesterday he was infected, has warned that hospitalizations and deaths will continue to rise until they reach an expected peak in two to three weeks.

As cases are rapidly escalating, it is frustrating for Nover to see that only a few are stringently observing precautionary measures and safety protocols.

“I still see people not quarantining. It is frustrating, but I live in New York. It’s expected that not everyone will listen,” he said.

“People should take this seriously because even though most people believe they won’t die from this illness, they can still get infected and become really sick.” 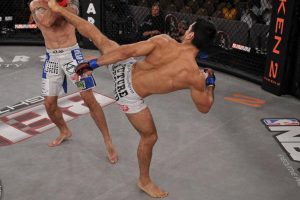 Nover does not see the crisis ending anytime soon unless the American government implements a more concrete and sustainable approach to contain the virus from spreading,

“This will continue until we have the ability to maximize testing. Right now, we are not testing enough. We don’t have enough testing kits available for the entire population. When we do, along with some better treatment plans and vaccines, we can see an end to this,” he said.

For Nover and his colleagues it is going to be a grueling few months. However he has no regrets about his change of profession and feels that this is a moment he has been training for throughout his medical career,

“All healthcare workers signed up from the beginning of their education that we are here to help the sick. This is the one single moment where our ability to help the public will be tested. I am so glad I chose to become a nurse. I am happy to take the front line if I am called upon.”