Paul Lumihi faces Jhanlo Sangiao at ONE: ‘Winter Warriors’ Part II which is being broadcast on Friday. Gianni Subba is one of the founders of Soma MMA and believes this is a significant bout for the brand new camp,

“I think every fight is important, especially as a new gym, where we are still establishing ourselves. Being on the world stage of martial arts that is ONE Championship is a big opportunity for the gym, but more than anything, it is an opportunity for us to help athletes in Indonesia reach their potential.” 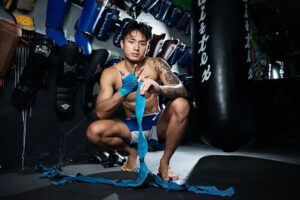 Subba hails from Malaysia but is based long term in Bali. While Lumihi has been on the ONE Championship roster for a few years he is happy to see the camp helping local fighters to achieve their international ambitions,

Lumihi has lost all four of his ONE Championship fights so far. But this will be his first contest since joining Soma MMA and Subba says the team has identified some areas in which the Indonesian can improve,

“Paul has, as seen in his previous bouts, often started well, but he started to lose focus, and that cost him some fights that could have (been) victories. So, the biggest thing for us is to put him in a position where he is focused and he’s locked in for 15 minutes against a dangerous opponent in Jhanlo. ” 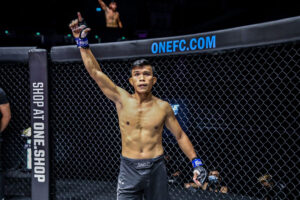 Subba says the bantamweight has been working hard with the coaches at Soma MMA,

“Paul is a very hard working guy. He does two to three training sessions per day.”

He says the Indonesian has been working hard on his striking skills,

“One training session we focus on striking. We have a big professional team, we’re a growing professional team in Soma. We have incredible athletes like Brown Pinas and (Kerrith) Bella, who is a former England K-1 World Grand Prix Champion, and a lot of talented strikers in the room.”

Subba says Lumihi’s strength is his striking but he has also been working on his submission game,

“In jiu-jitsu, we started to work with Justin Sidelle, who is a black belt under Olavo Abreu, and I think he has been fine-tuning Paul with a lot of grappling positions because Paul is definitely a more talented striker. But he can grapple as well.” 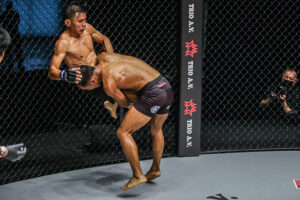 While Sangiao has never appeared on a ONE Championship card he carries the weight of expectation that comes from representing Team Lakay.  He has spent nearly two months preparing for this fight and relocated to Soma Fight Club in order to give himself a competitive edge,

“The preparation, clearly, is good. I have stayed here for almost two months, so I feel very prepared. We know Team Lakay is very good. That is why my preparation should be solid.”

While he does not feel under any pressure from the camp itself to win Lumihi says that losing is not an option,

“Soma did not give a target that I should win but I really want to prove, at least to myself, that I can win. Although they have not put any pressure on me, winning is a must.”

The event is not being broadcast live. But at a brand new gym in Bali the fighters and trainers are sure to be tuning in on Friday night to relive their first ever ONE Championship fight.