Itsuki Hirata’s new nickname is ‘Android 18’. It certainly rolls of the tongue a bit easier than her last moniker which was ‘Strong Heart Fighter’.

Hirata explained why she had decided to change her nickname during a media day ahead of ONE: ‘Empower’,

“I changed my nickname because a lot of people say I look like Android 18, a character from Dragon Ball. She is a very strong woman in the comic book so I decided to change my nickname.”

Hirata will be hoping to get off to a winning start with her new nickname this week. She faces Alyse Anderson in the opening round of the atomweight Grand Prix. 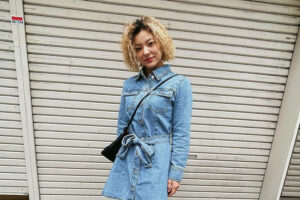 She is the youngest fighter in the tournament but says she has no fear,

“She has more experience than me but this is just going to be another bout and I am getting stronger. I’m not scared of anything.”

Hirata only turned 22 recently. There are some seasoned veterans in the tournament like former Road FC and Rizin champion Seo Hee Ham. 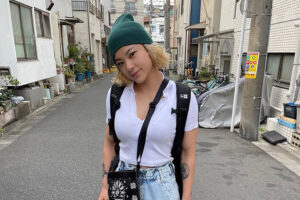 But Hirata, whose boyfriend Erson Yamamoto is also an MMA fighter, is clearly not short of confidence,

“Everyone says I’m the youngest and I lack experience but it doesn’t matter. I’m going to win the Grand Prix and become the champion.”

According to a website created by fans of the animated Dragon Ball series Android 18 ‘displays a cool and confident character, especially in battle’. The resemblance is definitely there but Hirata will certainly need to display some of these characteristics if she is to win the Grand Prix.