Jacob Smith ready for baptism of fire against Rodtang Jitmuangnon

Jacob Smith faces a baptism of fire when he makes his ONE Championship debut. The English ‘Nak Muay’ is set to face Rodtang Jitmuangnon on April 8th (local time) in Singapore.

Smith’s fight with Rodtang at ONE on TNT will be broadcast live in the US. It is a huge opportunity for a man who had a fast rise through the UK  rankings becoming number one featherweight and picking up the English and British titles along the way.

He thinks it was his style of fighting rather than just the results which put him on ONE Championship’s radar,

“I had a pretty quick rise on the UK scene and soon became a regular on the Yokkao shows. People enjoy my come forward style, I love to put on a fight.” 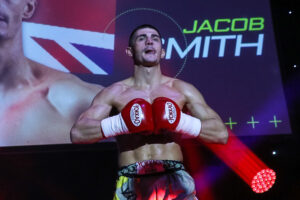 He has been handed an extremely difficult assignment on his ONE Championship debut. Rodtang Jitmuangnon is the reigning flyweight Muay Thai champion and has a 100% winning record with the promotion.

Some fighters might have hoped for an easier start but Smith says he relishes the challenge,

“Being signed to ONE is huge for me, it was a massive goal of mine and now I am signed I just want to get the big fights and become the champion.”

Smith knows that Rodtang is expected to win but says this simply adds fuel to his fire. The Englishman is determined to silence the doubters and pull of the upset live on prime time US television,

“Rodtang is a dangerous fighter who can do it all but his strength is definitely his boxing. Of course I am the massive underdog I this fight and most people won’t give me a chance at all, but I understand and accept that and it doesn’t bother me at all, it just makes me want to prove everyone wrong even more.” 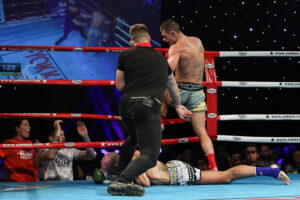 With the UK in a prolonged shutdown due to Covid-19 he hasn’t been fighting as regularly as he would have liked. But Smith says he has been steadily improving during the unwanted break,

“The pandemic has affected my career and I haven’t fought for a while because of it but I have used the time to better my skills and work on my technique a lot. Also I am now fighting out of Bad Compamy gym now under Richard Smith and training there with the lads like Liam Harrison and Andy Howson which will really up my game.”