Javier Trujillo picked up a quick submission win and earned the right to call himself the FMD welterweight champion on Saturday night in Bangkok.

FMD 18 had its second show of the year in front of the normal rambunctious crowd at Insanity Nightclub. The main event between Trujillo and Daniel Kerr was scheduled multiple times in the past yet unforeseen circumstances put a delay onto the matchup.

When Kerr threw out the first strike of the contest, Trujillo ducked under instantly and took his opponent crashing down to the canvas. Sitting inside control and directly in front of his corner, he took instruction well and slowly moved into a position to get the tap with a Von Flue choke.

The Bangkok based Trujillo has emerged as the face of the promotion. All seven of his professional fights have taken place inside the FMD cage and he is riding a three fight winning streak with his record standing at 6-1.

Meanwhile, Kerr loses his fifth in a row and drops to 2-5 overall. In the co-main event of the night, Christophe Van Dijk took on Daniel Dorrer and submitted him in the first round with another Von Flue choke.

Every fight starts upright and that is where Dorrer would have expected to be at an advantage if he did have one. The German kickboxer landed a headkick that seemed to wobble Van Dijk in the opening minute.

Van Dijk clinched and maneuvered Dorrer to the mat, positioning himself in side control. Dorrer wrapped up the neck as a defensive mechanism but it was used against him.

Moments later, Van Dijk made the technical adjustments and slowly applied pressure on the neck with his shoulder to get his opponent to submit.

Needing a win badly, Van Dijk (9-5) picks up his first submission victory since 2017 and ends a two-year winless streak. On the flip side, Dorrer (7-10) losses his fifth in a row and is finished for the fourth time in the past 26 months. 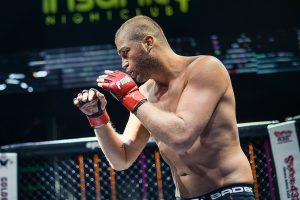 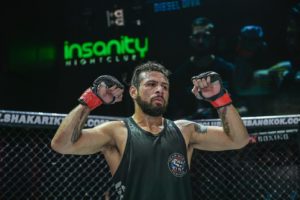