A disappointing year for Korean fighters in the UFC continued with Jo Sung-Bin dropping a decision in Stockholm earlier today.

To kick off the main card of UFC on ESPN+ 11, Jo took on hometown favorite Daniel Teymar in a featherweight contest. He entered with an unblemished record that featured nine finishes yet a lackluster performance led to the Korean tasting defeat for the first time

In his previous fights Jo had no problem pulling the trigger and attacking his opponents with blitzing aggression. But against Teymar, he was extremely hesitant and did not put combinations together which ultimately cost him the fight on the judges’ scorecards.

The most damaging sequence of the night was one of the first exchanges. Teymar marched forward and landed a clean combo which stumbled Jo against the fence. Although the South Korean was able to backpedal and recover this seemed to set the tempo of the fight in favor of the Swede.

Jo did have a few instances in the first and third rounds but his focus on counter striking and sidestepping for long periods did not work well. In fact Teymar had a few moments where he was visibly confused and frustrated with his opponent’s tactics.

It was very apparent that the octagon jitters, in conjunction with a 16 months layoff due to a hand injury, had an effect which made Jo look uncharacteristically timid and fatigued throughout the fight.

The scorecards read 30-27, 30-27 and 29-28 in favour of the Swede. Jo (9-1) loses the glory of being an undefeated fighter while Teymar (7-3) ends his three-fight skid in the UFC and likely saves himself from being cut by the promotion.

With the signing of many Korean fighters this year, the organization seems to be high on the talent the country offers. Yet Ma Dong-Hyun and Choi Seung-Woo are both coming off losses although Kang Kyung-Ho did succeed in submitting Teruto Ishihara at UFC 234 in Melbourne.

In other action on the night, 205lber Anthony Smith choked out Alexander Gustafsson in the fourth round to send him into retirement. Meanwhile Alexandar Rakic knocked out Jimi Manuwa after just 47 seconds, also in the light heavyweight division. 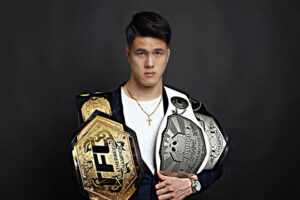