ONE Championship has snapped up one of India’s best mixed martial artists. Kantharaj Shankar Agasa has put pen to paper on a contract with the promotion.

Kantharaj holds a pro record of 11-2 and has competed for promotions like Brave, UAE Warriors and the Super Fight League. Having spent his entire career competing as bantamweight, he plans to drop down to flyweight ahead of his ONE Championship debut.

Kantharaj won his first ten fights and this perfect professional record brought him to the attention of international promotions. He suffered stoppage losses at Brave 20 and UAE Warriors 7 but bounced back to claim a win at Brave 30 last November.

The Indian has not fought in nearly a year and is recovering from a shoulder injury. ONE Championship currently has two events in Bangkok and three in Shanghai on the calendar.

With travel restrictions in place across Asia it might be a while before fighters are able to cross international borders in order to compete. But when the Covid-19 pandemic eases Kantharaj will be looking to make his mark on the promotion’s flyweight division. 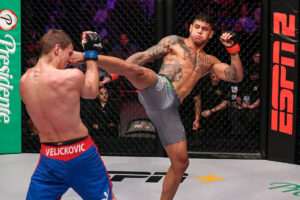 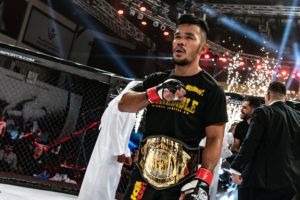