UAE Warriors 8 is set for Abu Dhabi on October 18th and just one fight is currently confirmed for the card. Rolando Dy will defend his featherweight belt against late replacement Do Gyeom Lee.

Dy (12-7-0-1) had originally been scheduled to face fellow UFC veteran Austin Arnett. But the experienced American withdrew from the fight, leaving the promotion without its only publicized matchup.

In his place steps Lee (6-3). The Korean is no stranger to facing Filipinos. He challenged Mark Striegl for the URCC 145lbs title last year and was submitted in the opening round with a guillotine choke.

Since being released by the UFC the Filipino has fought three times for Middle Eastern promotions, tasting victory in every occasion. Dy will be making the first defence of the featherweight title that he won at UAE Warriors 7 earlier this year.

He is the son of former WBC super featherweight champion Rolando Navarrete. The family has been in the headlines recently after Dy’s half brother Rolando Navarrete II was shot and killed in General Santos City. 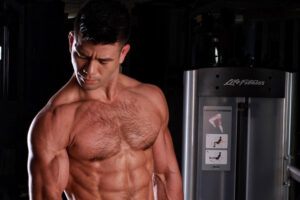