Kevin Belingon‘s ONE Championship debut lasted less than 90 seconds. It did not take Masakazu Imanari long to submit the Filipino in 2012, handing him the first loss of his career.

He was beaten on his sophomore appearance too, dropping a decision to Soo Chul Kim. Belingon went on to win the bantamweight belt but he knows how hard it can be for fighters to make the transition from starring on the regional scene to being on the ONE Championship roster,

“From experience, one of the biggest adjustments new fighters are going to face when they are entering ONE would be the feeling of settling in as they would be coming into a bigger stage and to a bigger promotion with more diverse and stronger opponents,” he said. 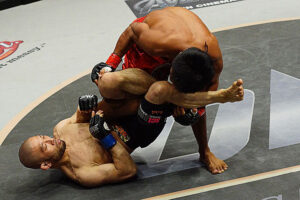 Belingon believes those two losses served as a valuable wake up call,

“I had a shaky start at the beginning of my career with ONE. As I have tested the waters and experienced first hand how different the breed of sharks is in the promotion, it prompted me to become hungrier like those in the top of the division until I became one of them,” he said.

Belingon already has overseas experience with now defunct promotions like Martial Combat and Legend FC. But he says that even back in 2012 the ONE Championship bantamweights represented a step up,

“The difference of this division with the other promotions is that all the fighters in ONE Championship are high-level and skilled athletes. Everyone here is elite, so you really have to step up your game,” he said. 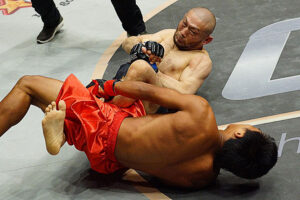 Several Team Lakay fighters have signed with ONE Championship recently including Team Lakay bantamweight Jeremy Pacatiw. Belingon believes the 25 year old will have an advantage having already cornered several teammates at events,

“With Jeremy, I believe he has already started to adjust with the ONE arena as he had been accompanying his kuyas (friends) that are with ONE when we have fights. I believe that he already knows what’s coming and he is ready for it,” he said.

“He’s a complete fighter and what I like most is his confidence, his speed, and his power. I think that these are his assets to climb up the rank in ONE Championship. And I think for now, he just needs to focus on his training and his game plan for his upcoming fight.”

But speaking from personal experience he believes the mental pressure of fighting for ONE Championship might even outweigh the physical challenge provided by the promotion’s bantamweights,

“Jeremy is now stepping on a bigger stage and I think the biggest challenge for him is on how he’s going to deal with his mindset going into this fight, especially that this is his debut. He has the skills to compete with high level fighters, so he just needs to focus on his game plan to win the game,” he said.

Stephen Loman is another Team Lakay bantamweight who has signed with ONE Championship. The reigning Brave 135lbs champion is still awaiting his promotional debut. 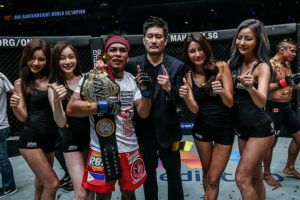 Either one of them could overtake Belingon eventually but the 33 year old is just excited to see how his friends and teammates fare,

“I’m happy and excited for him and the rest of the guys from the team that have joined ONE recently. I can’t wait to see them compete inside the circle and show the world what the new breed of Team Lakay fighters can bring to the table.”

Having been on the ONE Championship roster for nine years and won the bantamweight belt Belingon knows a thing or two about what it takes to succeed with Asia’s biggest MMA promotion. His advice for his younger teammates is simple,