Kyung Ho Kang will never forget UFC Busan. In front of his hometown crowd he scored a split decision win over Pingyuan Liu.

That was 2019 and the Korean has not fought since but it is a memory he cherishes,

“I was happy to fight in front of the home crowd. They were crazy about every little move I made,” he told UFC.com.

Of course a lot has changed in the last two years. There will be no crowd at all at the Apex Centre for UFC Vegas 43 this weekend,

“I can’t wait for this pandemic to calm down and fight in front of the big crowds (but) I don’t think it’s going to make a difference because it’s just me and the other person in the cage. I’ll just focus on the opponent.” 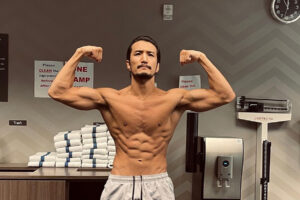 He faces Rani Yahya in a fight which was originally scheduled to take place at UFC Vegas 33 in July. Kang admits he has been following the Brazilian’s career for decades,

“I liked jiu-jitsu when I started to train MMA (and) I used to watch Rani’s fights since he was fighting in K-1. Back then I used to steal some ground fighting strategies from him. It’s an honor to compete with him this time.”

Yayha has certainly stood the test of time. The 36 year old has gone from facing JZ Cavalcante and Kid Yamamoto on K-1 cards to taking on opponents like Joseph Benavidez, Mike Brown and Chad Mendes at WEC and UFC events.

But Kang believes he will simply blow away the experienced Brazilian,

“I am very confident about my ground fighting. He’s a veteran and a strong fighter on the ground but I’m going to destroy him in every part of the game.”

Kang is not short of experience himself. The Korean is approaching his 15th year as a professional mixed martial artist and was the bantamweight champion with Road FC before signing with the UFC.”

He feels this experience has helped him become adept at anticipating what an opponent is about to do,

“I’ve become a more detailed and deeper fighter in MMA. Now I know what I am good at and I’m even better at reading what my opponent is trying to do.”

Kang is so confident of victory at UFC Vegas 43 that he is already eyeing up future opponents,

“I can see a lot of great, exciting fighters there. I’m very excited because I expect to fight those guys after winning this fight.” 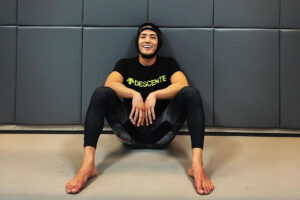 Having been out of action for nearly two years he wants to compete as regularly as possible and is hoping that the UFC might book him for another fight next month,

“After this victory, I want to come back again and again, starting at the end of this year.”

Kang will have to get past the unranked but highly experienced Yahya first. Having been sidelined for the best part of two years he sounds like a man in a hurry and the Korean will be looking to make a big impression this weekend.