Mark Hunt made his name fighting for K-1 and Pride. His stint in the UFC didn’t end so happily and the heavyweight is currently involved in legal action against the company.

Following a report that he had been ordered to pay $388,235 in legal fees Hunt took to Instagram to issue a challenge to current UFC president Dana White and former UFC owners Frank and Lorenzo Fertitta:

While Hunt could probably beat all three men simultaneously inside the octagon he appears to have lost the battle in court. According to MMA Fighting he was ordered to pay $388,235 USD in legal fees to his former employers last year.

Hunt received $700,000 for fighting Brock Lesnar at UFC 200. The New Zealander’s purse for his final five UFC fights was around the same figure so the 47 year old can probably afford to pay the legal fees.

But Hunt has made it clear he has no intention of doing so. The loss to Lesnar was at the centre of his court case, the WWE star subsequently tested positive for PEDs and he alleged that the UFC knew about this in advance of the fight. 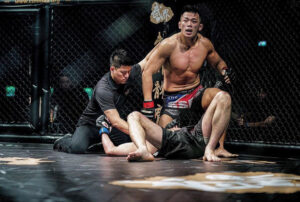