Mark Hunt is an Asian MMA legend. He made his name with K-1 and Pride during the golden era of combat sport in Japan before mounting an unlikely comeback with the UFC.

Unfortunately, a stellar career was soured by a stinging sense of injustice at his treatment by his most recent employers. The 46 year old appeared in the octagon 18 times, facing some of the best fighters in the heavyweight division.

But his time with the UFC would end acrimoniously, with a bitter legal battle that Hunt is still seething about,

“It took a while to try and get over the UFC debacle. I finally got some passion for what I used to do before. I did say to myself, once I get over this bitter taste I have with the UFC I’d get back into fighting and I’ll finish my career with six more fights and I’ll finish up happy.” 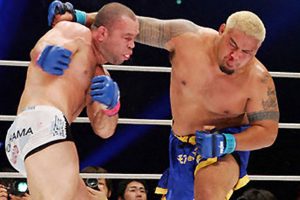 Despite having turned 46 earlier this year Hunt says his fighting days are far from over,

“I’ll make some money along the way and not have to worry about fighting against the company or the people you work for, just fighting in general. What I used to love doing. I’m still banging to be honest, I still feel I’m one of the best fighters out there, even at 46 years of age. I feel I have way more to offer, but I’m glad that I don’t have to give it all to the UFC. I can give it somewhere else.”

That could prick up the ears of matchmakers for promotions like Bellator and Rizin. Hunt’s UFC record stands at 8-7-1-1 and he consistently faced the top fighters in the division.

It is a run of results that the New Zealander is proud of,

“My favourite thing to do was compete at the top end against the very best. Even though a lot of them were cheating I felt at a good place because I was competing with the best fighters in the world and they were gassing themselves and I was still competing. Even though it wasn’t a fair fight I still was in there fighting.” 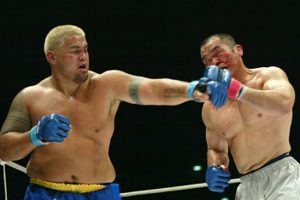 Hunt sees himself as a modern day gladiator in more than one respect, and is unhappy that the majority of the wealth generated by the UFC isn’t finding its way to the fighters,

“The only good thing about the modern day gladiator these days, which is how I think of myself, is that most of us get to go home. In the olden days they’d die. They’re making it back as it was. It’s slave labour and these guys are fighting for nothing.”

The UFC never wanted to sign Hunt in the first place. A heavyweight on a four fight losing streak was not high on the list of priorities but matchmakers were forced to honour his Pride contract having acquired the Japanese promotion.

Hunt could have accepted a significant payoff, but elected to continue fighting instead. Interestingly he won three fights out of three in Japan during his UFC stint, earning two bonuses in the process. 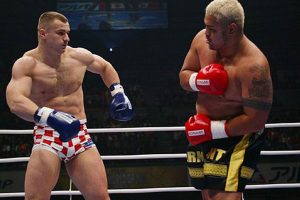 So it is no surprise to hear that he has fond memories of the country where he made his MMA debut back in 2004,

“I love Japan. Japan’s one of my favourite countries to compete in. I always considered myself a Japanese born in a different place. I’ve competed ten years in Japan and hopefully I can get back there one day.”

He is clearly coming towards the end of his career. But Hunt would love another opportunity to recapture those glory days in front of the fans in Japan.