Mickey Gall is no stranger to beating up celebrities. The 30-year-old famously welcomed pro wrestler CM Punk to the UFC and submitted him in the first round in 2016.

Gall believes he would have made short work of Bruce Lee too. Speaking on the MGGM podcast he said:

Lee died in 1973, around 20 years before Gall was born. He starred in numerous movies and had a huge impact on martial arts culture but there is no record of him ever participating in a sanctioned fight.

Gall has tested himself in the octagon with mixed results. He has won six out of his ten fights which admittedly means he has a better record than Lee.

He isn’t, however, a Hollywood star and household name whose legacy is still felt several decades after his untimely death. So while Gall is entitled to believe he would win an actual fight Lee would probably point out that he has had the more successful career, if he were still alive to do so. 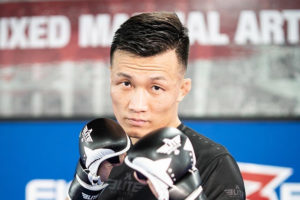