Miesha Tate is back at UFC Vegas 40 and she is headlining the whole show. The 35 year old faces Ketlen Vieira on October 16th and she has been documenting her training camp on YouTube.

It is five years since Tate last held the UFC bantamweight title but she believes she is a better fighter now than she was then,

“If I fought myself when I was the champion I would kick my own ass,” she said. 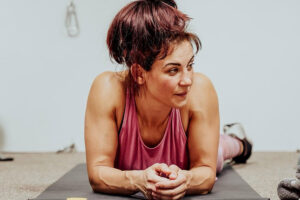 Her coaches at the Treigning Lab concur and believe this is the best version of Tate they have ever seen. That is quite the accolade given that she took a five year break from the sport and had two children.

The former ONE Championship executive is now a full time fighter again and is working hard to prepare for Vieira,

“We are always trying to sharpen and get better in every area,” she said.

She also compared MMA to boxing and highlighted the importance of coming into a contest with the correct strategy,

“In MMA there’s so much that goes into designing a strategy. In boxing you have to excel with the limited tools that you have but in MMA you often see its not the stronger person on the faster person but the person with the better technique. There’s so many more ways (to win).” Tate is in the process of sharpening her technique and it has not been easy. She shared footage of herself after the first day of training camo and shared some mental strategies which can help her to push through the pain barrier,

“When I get into those tough spots I just start visualizing the fight, getting the victory by knockout or sub. Whatever it is.”

This will be the first time she has fought in a five rounds since 2016. The fight could potentially last for 25 minutes and Tate knows she can’t leave anything to chance in her preparation.

The mother of two looked absolutely exhausted after her first day of training but made it clear that even at this late stage of her career she still relishes the challenge,

“I just finished Treigning Lab strength and conditioning and it was a really tough day but I pushed really hard because its day one. I’ve got a fight scheduled, main event, five rounds. I’m pumped.”