Female Hasbulla fans in Australia have been left devastated by the news that they will not be able to pose for photos with their idol on his upcoming tour. The Russian social media star is heading down under for his first ever speaking tour.

But according to the Daily Mail he has a complicated list of demands. His PR company recently released a statement declaring that Hasbulla cannot pose with female guests due to his ‘personal and cultural beliefs’:

Hasbulla refuses to pose with female fans due to his 'personal and cultural beliefs' https://t.co/uvQJzIRAfg

Hasbulla has become synonymous with MMA even though he has never competed in the sport. The teenager has been nicknamed ‘mini Khabib’ due to a slight resemblance to the former UFC lightweight champion.

For his part Khabib Nurmagomedov appears to have encouraged the comparisons and has frequently been photographed with the charismatic dwarf. Both are from Dagestan and Hasbulla accompanied the undefeated mixed martial artist to UFC 267 in Abu Dhabi last year.

Dana White, who famously declared that the UFC would never put on women’s fights, said he was open to having Hasbulla fight in the octagon. The Dagestan native’s long running feud with fellow dwarf Abu Rozik has become a social media sensation.

Historically White has shown a willingness to put on any fight that is likely to make a lot of money, be it by allowing women to compete on a UFC card or permitting Conor McGregor to box Floyd Mayweather. With Hasbulla having 2.1 million followers on Instagram and Razik boasting 2.8mn there would clearly be a lot of interest in this fight.

But Hasbulla has played down reports that the UFC could be set to promote a fight between him and Razik,

“We didn’t discuss it and Dana White didn’t offer it. Some people want to organise it, but they won’t be able to because it will be expensive,” he said in comments reported by The Sun last year.

But while Hasbulla won’t be fighting any time soon he is set to embark on his first ever speaking tour. The people of Australia will get to here what the diminutive Dagestani has to say, they just won’t be able to pose for photos with him if they aren’t male! 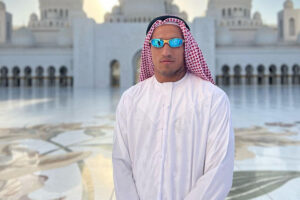 Hasbulla to fight for the UFC! 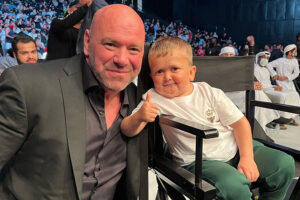 Hasbulla is headed to Abu Dhabi for UFC 280