Nobuyuki Sakakibara was the driving force behind Pride during the glory days of Japanese MMA. So the current Rizin president knows a thing or two about what makes the sport great.

This weekend Rizin relaunches in the Covid-19 era. The promotion is doing back to back shows at a new venue in Yokohama and the crowd will be lower than normal while the PPV price is significantly higher.

There won’t be any fighters from outside Japan on either card. The promotion has had to adjust to ‘the new normal’ but Sakakibara says that the main appeal of Rizin is that it remains unique,

“I feel that my biggest achievement with Rizin is reintroducing the appeal of combat sports in the ring. I think we were able to bring back the excitement and dynamic aspects of combat sports that can be seen inside the ring with Rizin. Everybody is so used to watching the same thing over and over, with the same rules, same platform, and we are reintroducing a different style of MMA.” 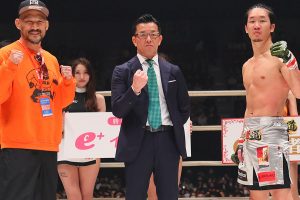 In 2018 Rizin Floyd Mayweather reportedly earned $9 million USD to  to come out of retirement at Rizin 14. He battered Japanese kickboxing starlet Tenshin Nasukawa, scoring a TKO victory after just 139 seconds of their exhibition boxing match.

Mayweather recently took to Instagram to hint at a return to Tokyo with Rizin, and told fans to ‘stay tuned’ for an announcement. Rumours suggest that the boxing icon could be in line to face Mikuru Asakura.

“Anything is possible. There is always a possibility if the opponent, rules and financials make sense for both parties. If we both think it makes sense, it can happen, and we would love to have him back,” Sakakibara said.

The right ‘financials’ will be pivotal, with Rizin recently turning to crowdsourcing funds. The Then UFC parent company, Zuffa, purchased Pride in 2007, changing the outlook of the sport forever.

Sakakibara acknowledges that the UFC has created a successful blueprint for how MMA events should be run. But he wants to take Rizin in a slightly different direction,

“It’s tough to be original because the UFC and unified rules have the strongest presence and people expect formality when they hear MMA. I have been saying this since I started but I think our sport is too young to solidify rules and regulations. I think our sport has much more potential to grow but we need to open up and try new things. We also need some kind of a festival like the Olympics to take our sport to the next level. The leader doesn’t have to be Rizin, it should be the most influential person or organization in the sport at the time, but the current structure that we have settled in is preventing the sport from growth.” 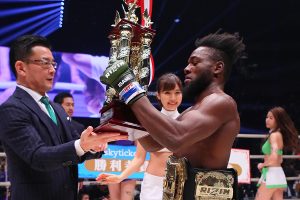 “It’s bittersweet. But I take it as a good thing. I hope that somewhere in their heart they feel that they are representing Rizin and Japan, in a way. I would like to congratulate them on their success and being able to compete at a high level. Their success in global platforms will push our brand as well,” Sakakibara said.

The promotion has been struck hard by the Covid-19 pandemic and Rizin 22 and Rizin 23 this weekend will be Sakakibara’s first shows since February,

“This is something not only myself, nobody has experienced. It is a completely new challenge. New decisions are required on a daily basis. Rizin’s pre Covid-19 model was ‘attack is the best way to defend’ but these days it’s very hard to become aggressive. Old tactics, personal and professional experiences do not apply during these times, so it has been quite a challenge so far,” he said. 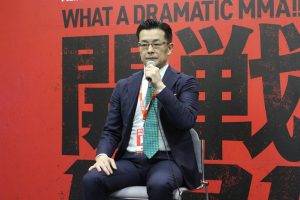 With the upcoming shows set to have fans, but with social distancing rules applied – they represent something of an experiment. In these tough times, Sakakibara and his team will be hoping it’s a successful one, as they strive to maintain their unique brand which Sakakibara describes as,

“An exciting, dramatic combat sports spectacle. A product that not only delivers just combat sports but highlights the fighters as a human being that fans can relate to. Why do they fight? Showing their dedication, story and inspiration is our theme. Win or lose the story continues for these fighters and we want to deliver the real, sports human drama and not just the fights.”