Ramona Pascual is fighting at Invicta FC 45 tonight. The Hong Konger has accepted a catchweight contest with Shamir Peshewa that appears to have been put together at the very last minute.

Pascual (5-2) relocated to the US in order to pursue her MMA dreams. But she has yet to fight there and will be competing on American soil for the first time tonight (local time) in Kansas City.

She has been matched with Shamir Peshewa who stepped in at very short notice to replace Courtney King. The bout is set for 150lbs and will serve as the co-headliner.

Peshewa (2-0) has not fought since 2019 and will be making her Invicta FC debut. There are only a handful of female fighters competing at this weight which might explain why Pascual has struggled to stay active.

The event will be headlined by an atomweight title rematch. Alesha Zappitella (9-2) is defending her 105lbs strap against JÃ©ssica Delboni (11-3) for the second time having won the first fight by split decision. 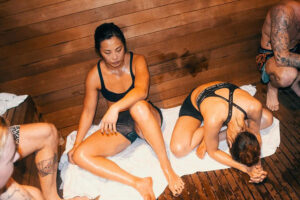