Back in the winners circle and with a new sense of purpose, ONE Championship lightweight veteran Ev Ting is on a mission for redemption.

The first stage of that mission came in Kuala Lumpur at ONE: â€˜Masters of Destinyâ€™ in July, where the Malaysian scored a stunning comeback win over ex UFC welterweight Daichi Abe.

Felled early by the Japanese fighter, Ting battled his way back into the contest courtesy of a searing overhand right, which he followed with a lightning transition to the back and punctuated with a rear-naked choke to force the tap.

Given the context, coming off the back of two consecutive losses which represented the longest losing streak of his lengthy professional career, it was a win that Ting admits tasted that little bit extra sweet.

Ting put it down to a back to basics approach, where he embraced his primal instincts and allowed the habits nurtured by so many years of training take over.

Admittedly that approach may have been partly responsible for the early adversity. But, in fighting, all is well that ends well,

“That meant to the world to me,” said Ting.

“Coming off two losses you have two choices, you can either work your game, work your footwork, and try to find an opening. Or you can show who you really are and stand your ground and swing. So, I chose the second option.”

“I got myself into some trouble but I was fortunate enough to pull it back.”

The next step on Ting’s journey will takes place at ONE: â€˜Edge of Greatnessâ€™ in Singapore on Friday, where he’ll square off with local hope Amir Khan in the evening’s co-main event.

The 30-year-old hopes it will be a stepping stone back into title contention, a place where he’s spent the majority of his ONE tenure to date.

Those recent losses came against some of the cream of the division in Shinya Aoki and Saygid Arslanaliev, and a fighter of Ting’s experience is savvy enough to realize how critical it is to keep an even keel through stormy waters,

“Setbacks are just a trampoline in my mind. I’ve had a couple of setbacks recently, but that’s just life. It’s crazy like that.” 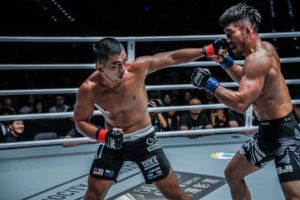 The Auckland MMA product came painfully close to dethroning Filipino great Eduard Folayang in their world championship bout in 2017, and Ting says his journey back to that stage lies in righting some perceived wrongs,

“I want to avenge all of my losses at lightweight. That was one of the main reasons I re-signed with ONE, to get back at Shinya. I think he has a good name and is a good place to start, then there’s Folayang in Manila.”

The ever ambitious Ting also has his eye on a potential stint in ONE’s Super Series, where he wants to truly put his striking to the ultimate test against some of the planet’s most dangerous Muay Thai fighters and kickboxers,

“I want to showcase that I’m a complete athlete, that I can cross and transfer my skills to any of these arts and still do well. Those are the bouts that really excite me.” 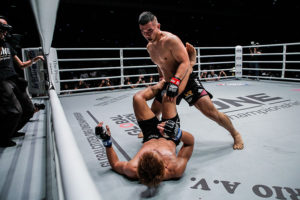 First and foremost comes his contest against Khan, a fighter who’s been Ting’s radar for sometime. It’s a mouth watering stylistic match up that always seemed inevitable, and will now finally come to fruition at the Singapore Indoor Stadium.

The Evolve MMA prospect has impressed with his precision Muay Thai skillset and has the kind of talent that has already seen him become a fixture in the lite of the lightweight division at just 25 years old.

After coming up short in the semi final stage of the recent lightweight Grand Prix against Arslanaliev, the very fighter who ended Ting’s tournament aspirations Khan is sure to be hungrier than ever.

“Both of us have fought pretty much every lightweight. It’ll be a great way to see where we’re at. He called me out a couple years ago, and now it’s about to happen.

“He’s very technical, a textbook kind of fighter. He’ll go one for one but I just feel like I’m operating on a different system now.” 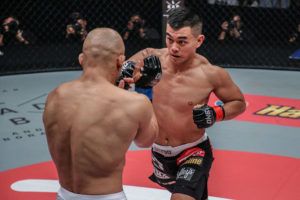 With a freshly inked new deal with ONE and rejuvenated by the newfound purpose that comes with fatherhood, there’s little wonder Ting has an extra sense of swagger about him.

â€œNow I’m a father I’m very dedicated and now I have the empire to build, I have a whole another vision now.”

“I’m going to hold it down again for my gym and my club, my family, my countries, and you can expect the usual Ev Ting, going all in or going home. That’s what people want to see.”

“I’m just building momentum now to get my third shot at the title and I’m going to bring it back home.”