Rena Kubota fights for the first time this year at Rizin 24. The Japanese strawweight has not tasted action since the start of the Covid-19 pandemic.

On September 27th she will be going up against a veteran. Emi Tomimatsu is nine years her senior and it’s the sort of matchup Kubota has been preparing for since she first started out in the sport,

“The moment I got myself in the MMA, I knew that I would be facing veterans of the sport such as (Emi) Tomimatsu, (Tomo) Maesawa, and (Mina) Kurobe. Now is the time to face one of them.” 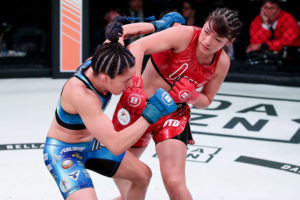 Rena has a background in Shoot Boxing but these days her focus is firmly on MMA. She has spent virtually her entire competitive career with Rizin and says she had no hesitation in accepting this short notice matchup,

“I just wish I had a little more time to prepare. But Rizin was the one who gave me the opportunity to challenge MMA and I consider Rizin my second home. So I will do whatever I can to make a great event.”

She will come into this fight as a favourite. But Tomimatsu is much more experienced and will be determined to make a big impression on her Rizin debut, an opportunity which would probably not have arisen if Japan’s borders were open. 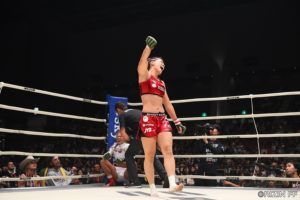 Last time out Rena scored a rematch win over Lindsey VanZandt at Rizin 20. There won’t be as many fans in the Saitama Super Arena this month, with attendance capped at 5,000 due to Covid-19 precautions.

But Rena is pledging to put on a show for the fans and wants to give the audience a night to remember,

“As long as I’m fighting, I want people who watch my fight to enjoy the fight. So I will put in my best efforts into the fight. Please look forward to the fight.” 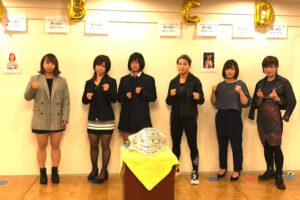