Rika Ishige won’t be fighting on this weekend’s ONE: ‘X’ card but the Thai/Japanese stunner still found time to post an inspirational update on social media.

Rika has not fought since 2020 but remains one of the most popular fighters on the ONE Championship roster. She appears to be travelling all over Thailand while continuing to train in MMA and often posts footage of herself training or inspirational messages like this.

Rika’s former opponent Itsuki Hirata will be back in action on Saturday and we are sure she will be watching that one. Hopefully it won’t be too long before we see the 32 year old back in the cage but in the meantime it is good to see that Rika is enjoying life! 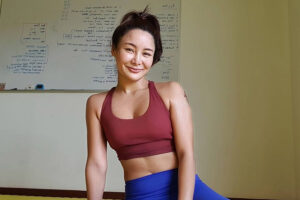