With both women having won by first round armbar in the semi finals the tournament final looked to be extremely well matched. In the opening round Aono continually looked to get the fight to the ground but found herself defending against several submission attempts in the process.

Oshima was able to use a guillotine attempt to sweep and tried for the choke again from top position. Aono finished the round on her back and had it all to do heading into the second stanza of this two round fight. 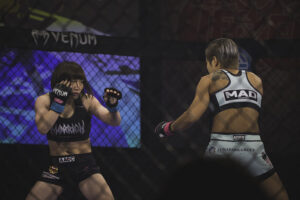 Aono succeeded in securing an early takedown in the second round but Oshima looked slicker on the ground and was able to use a kimura attempt to sweep. She spent the remainder of the round in top position giving the judges an easy decision.

All three of them scored the fight in favour of Oshima who improves to 6-2 and claims her second Deep-Jewels title, she is also the current microweight champion. Aono drops to 8-5. 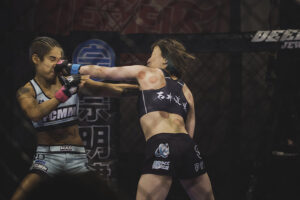 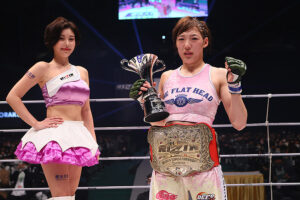 Seika Izawa wants to become a fan favourite with Rizin